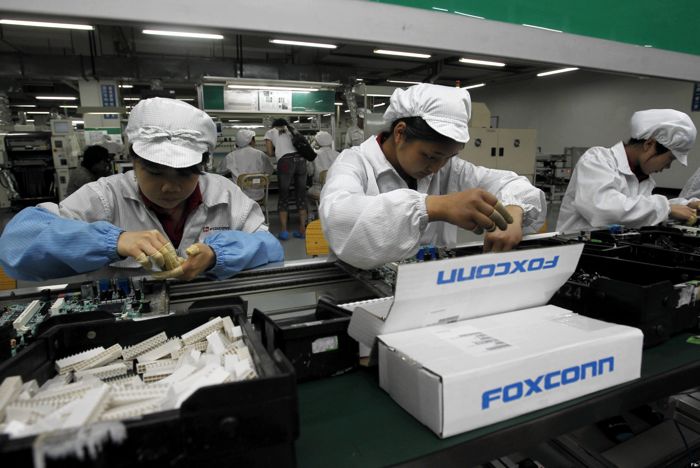 Yesterday we heard that Foxconn will be introducing 10,000 new Foxbot robots to their manufacturing process on various devices, like the new iPhone 6.

When these new robots were announced, it was thought that they would be replacing workers on the iPhone 6 assembly, and would be used to build and iPhone from start to finish.

Now according to a recent report, the new Foxbot robots will apparently work alongside workers in the iPhone 6 assembly process, rather than instead of them.

The robots will apparently be used for easier parts of assembly on the new iPhone, like tightening lock screws, positioning larger components, and used for polishing of components.

The iPhone 6 is expected to go into production this month, the handset is rumored to launch in September, and we are expecting to see a 4.7 inch iPhone 6 and a 5.7 inch model which is rumored to be called the iPhone Air.