The theremin is 23 feet high and can be found along the Yarra River shore. Fortunately it doesn’t go around eating residents of this Australian city. It is after all just a piece of radio hardware turned electronic musical instrument, albeit built in much larger proportions than usual.

If you can recall those eerie sound and music background effects of 1950’s horror and sci-fi flicks, then you know what a theremin sounds like. And you’ll probably agree that it’s not exactly what you want to hear as you’re walking home one evening. 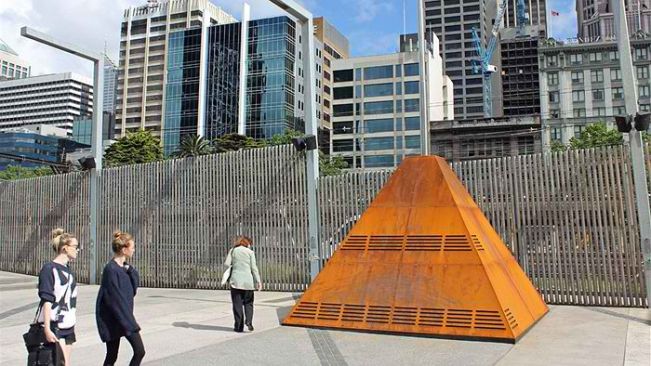 The structure is the creation of audio-visual performance artist Robin Fox. This fact more or less explains why he built what is essentially a giant pyramid shaped monument that gives off spooky sounds depending on how you move around near it. He reveals that his creation’s construction deviated from standard theremin design as that much electro-magnetic energy from such a large machine would likely microwave pedestrians within range. Now that would be a real monster theremin.