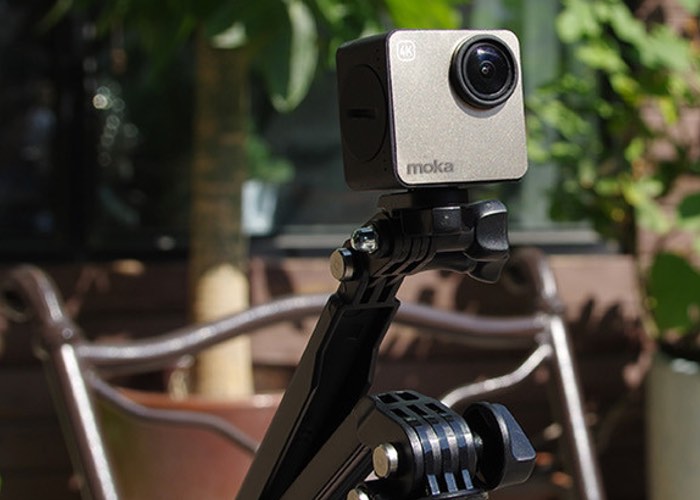 If you are in the market for a 4K camera you might be interested in a new creation called the Mokacam, that has taken to the crowdfunding website Indiegogo.

Mokacam is being marketed as the world’s smallest 4K Ultra HD camera and is capable of capturing both still images and 4K video footage. The tiny camera is equipped with a wide-angle 152 degree field of view lens and is fitted with a 16 megapixel sensor.

Together with an integrated high definition microphone allowing it to record video in full 4K Ultra high definition and capture the audio at the same time. Watch the video below to learn more about this reddot award 2015 winner, that has already raised over $115,000 via Indiegogo.

Jump over to the Indiegogo website to make a pledge from just $99 for early bird backers to make sure you receive one of the very first off the production line, when they start shipping next year during February 2016. But don’t delay as there are only 1,000 early bird cameras available for backers.