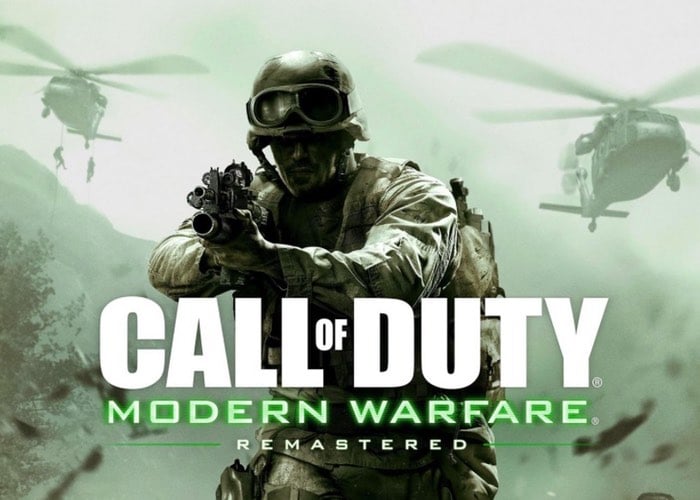 Kevin Kelly from Activision has taken to the official PlayStation blog to reveal that the new Call of Duty: Modern Warfare Remastered Campaign Early Access is now available on the PlayStation 4.

Kevin Kelly explains more about what you can expect from the remastered game :

The epic adventure that is the Call of Duty: Modern Warfare Remastered campaign will be available to play 30 days early starting now, exclusively to PS4 players who have pre-purchased the Call of Duty: Infinite Warfare Legacy, Legacy Pro, or Digital Deluxe editions.

It’s hard to believe that it’s been nearly a decade since Call of Duty 4: Modern Warfare was released. In the last nine years, MW was the title that propelled the Call of Duty series into the modern era and beyond, and remains a hallmark in storytelling with classic missions like “All Ghillied Up,” “Shock and Awe,” and “Charlie Don’t Surf.”

Originally developed by Infinity Ward, this newly remastered, high-definition version of the game has been remastered for PS4 by Raven Software and executive produced by Infinity Ward, and features enhanced textures, physically-based rendering, high-dynamic range lighting, and much more to bring a new generation experience to fans.

If you’re about to dive in for the first time, or can’t wait to return to the glory days of Modern Warfare, prepare yourself for high-definition excitement and jump in a month early. Here are some details to get you outfitted and ready to go.