Modern Warfare 3 PlayStation 3 gamers looking forward to getting their hands on the new Elite DLC content already rolled out to premium XBox 360 owners. Should be pleased to learn in some respects that the new DLC will be arriving on February 28th.

Still some time to go then until PS3 owners can fight it out on the two new Piazza and Liberation maps. Which are already being enjoyed by Xbox 360 gamers right now. 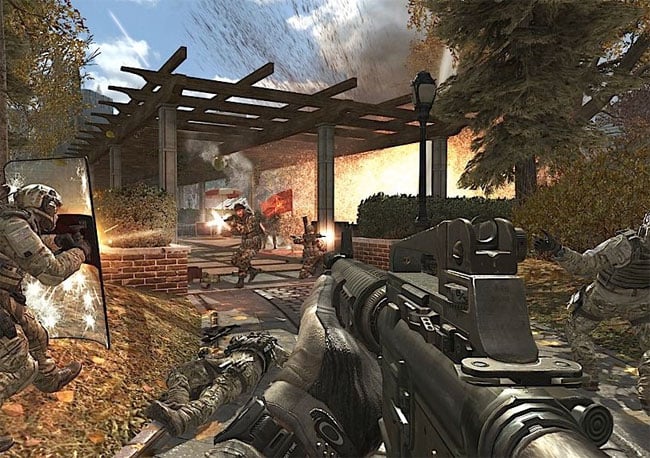 I have also dropped in the video below to give you a glimpse of the new Modern Warfare 3 Elite DLC maps to whet your appetite rather than rub salt in the wounds.

“The first map is called “Piazza” and is set on the coast of Italy. Described as a “very vertical, chaiotic, route map” and designed for those who love to run around and gun people down at close quarters. A great map for tactical gameplay types in which you have to be fast and ready for anything. Being a very vertical map makes a change from what you usually see which is generally pretty flat so it’ll make for some interesting and new combat experiences.

The second map is called “Liberation” which takes place in Central Park: New York Manhattan. It’s a map that many will recognise from real life as it is such an iconic location. By the sounds of it, it’s a great map for sniping so you’ll definatley need to watch out! A direct message from the video to not “Run and Gun” will be a welcome treat for players who aren’t big fans of dual weilding two automatic pistols.”