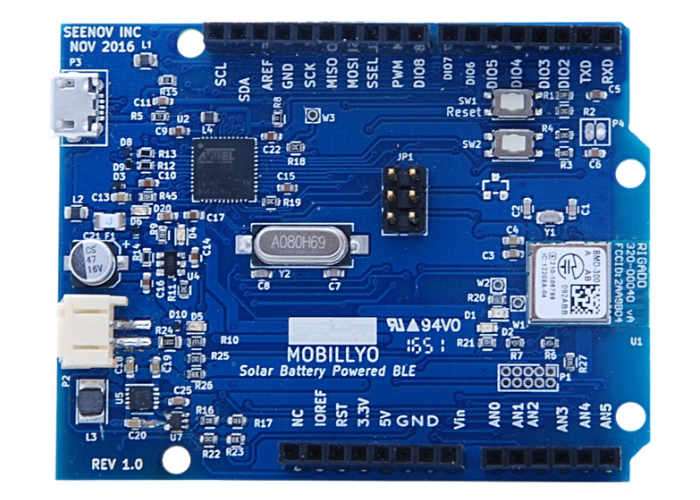 Claude Arpin based in Québec Canada has created a new Arduino compatible board called the Mobillyo which is a ATMega32u4 with nrf52 BLE and 1500mAh li-ion battery and comes complete with its own iOS application.

Other features include a USB and the ability to connect a solar panel which can be controlled directly from the board. Watch the demonstration video below to learn more directly from its creator.

Mobillyo Is now available via Kickstarter priced at CAD$69 for a fully assembled and tested board which will be available to ship worldwide during May 2017.

To simplify interaction with the phone App, we have pre-packaged a number of functions to make the communications protocol transparent:
• Configure LEDs, switches, text and sliders.
• Turn LEDS red, green or off
• Read switches
• Send text
• Read sliders
• Polled or interrupt driven interface
• Expandable simple ASCII based protocol
The protocol is described in detail in our protocol definition document and will be available on GITHUB.