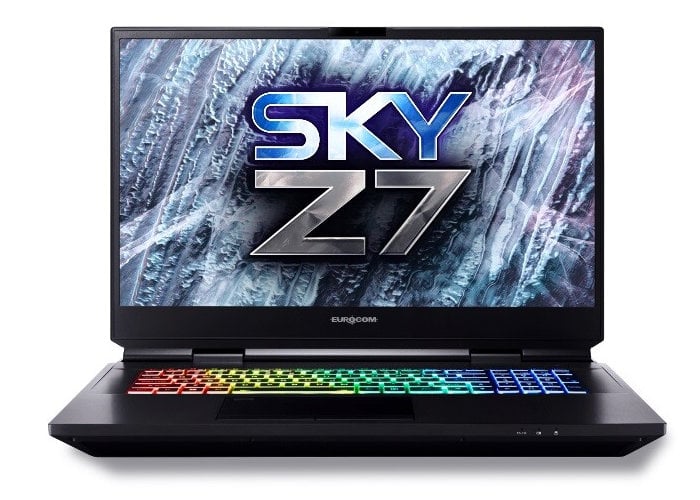 Eurocom has unveiled its latest mobile workstation in the form of the Sky Z7 laptop, equipped with a NVIDIA RTX 2080 Super (Non-Max Q) desktop graphics card, an offering user upgradability. The mobile workstation will be available with options for 10th Generation Intel CPUs maxing out at the i9-10900K on-board CPU. which can be supported by up to 128 GB of high-speed DDR4 memory. If you require plenty of mobile storage you’ll be pleased to know that the Eurocom Sky Z7 laptop can be equipped with up to 13 TB of SSD storage. Eurocom provides four M.2 storage slots in the Sky Z7 (3 x M.2 NVMe + 1 M.2 SATA) offering 13 TB of SSD (12 TB of NVMe + 1 TB of M.2 SATA) storage. 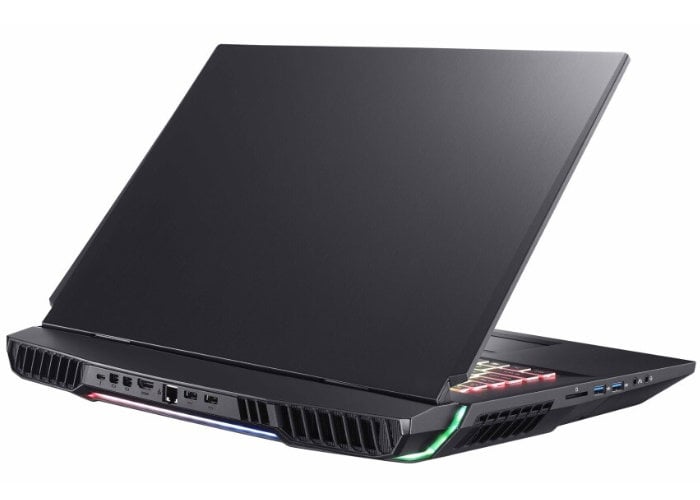 “The Eurocom Sky Z7 Mobile Supercomputer utilizes the Z490 Chipset and LGA 1200 socket technology configurable with the most powerful desktop GPUs available today, up to the supercharged NVIDIA RTX 2080 Super (Non-Max Q) desktop GPU, which boasts a whopping 3072 CUDA cores with 8 GB GDDR6 video memory and up to 1815 MHz boost clock. The RTX 2080 Super is among the most advanced and sought after desktop GPUs available today due to its unmatched performance when running AAA games and other GPU-intensive applications.

NVMe SSD’s are very efficient and reliable for storing important data/files due to their extremely fast read and write speeds. These M.2 Slots are easily accessible to users and are perfect for working with large amounts of data stacks as it can read, write and render massive files rapidly and with ease. RAID configurations are also available via NVMe drives (RAID 0,1,5).”