Mitsubishi has announced that it will be fielding a pair of brand-new all electric racing cars at the 91st annual Pikes Peak International Hill Climb. The race will be held June 30, 2013 and the hill climb is the second longest running motorsports event in the United States. The first running of the annual Pikes Peak International Hill Climb was held in 1916. 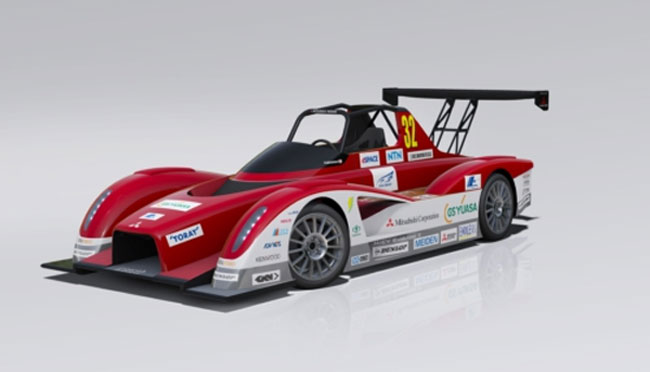 The race is open to just about every vehicle type you can imagine and covers an elevation distance of over 4700 feet. Mitsubishi has announced that it will be racing a pair of all new four-wheel drive electric vehicles at the event. The vehicles we use four electric motors with two in the front and two in the rear powered by a lithium-ion battery.

The vehicles measure 191.7 x 74.8 x 54.7-inches and hold only the driver. The maximum output for the electric motors is 400 kW and the lithium-ion battery pack has 50 kWh of power. The chassis is a specially designed tube frame and the cowl is constructed from carbon fiber.

Mitsubishi isn’t offering up any details on the performance of the vehicle, but the company does say that it is going for the overall win. I wouldn’t exactly consider these racecars attractive, but the funky looks are common of vehicles raced at the event and manufacturers build more for function than form.