When the beta App Inventor for Android site launched earlier today it received so much traffic that the site buckled under the load. But now everything seems to be back as planned. 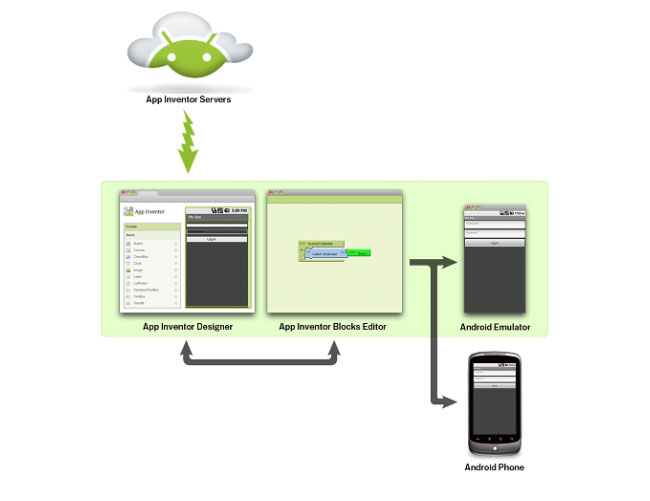 The beta release of the new App Inventor has been released slightly ahead of schedule and as most of you probably already know was first launched by Google back in mid-2010. Before its was closed and then open-sourced. MIT explains a little about their new App Inventor for Android beta release:

“App Inventor will now be suitable for any use, including running classes. But please be aware that this is the first time the system will be under load from a large number of users, so there may be bumps and adjustments as the load increases. For now, we suggest that you maintain backup copies of important apps, as we see how things go.

Of course, there are glitches and minor errors and lots of room for improvement. We’ll be turning our attention to these improvements, once we have more experience with running the system at scale. We will also be developing more resources and support for using App Inventor as a learning tool. We look forward to working with you over the coming months to build the community of App Inventor educators.”

For more information on the new MIT App Inventor for Android App jump over tot he MIT website.