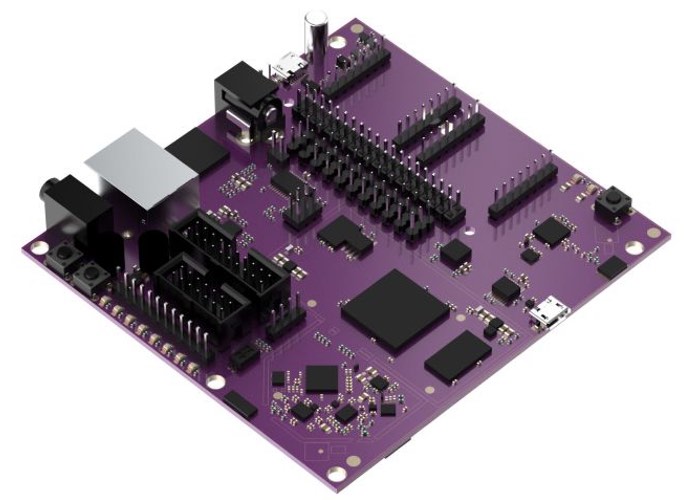 After first being unveiled back in October of this year the new MIPS Creator Ci40 Internet of Things development board kit has now been launched via Kickstarter by Imagination Technologies, who are looking to raise £20,000 to make the jump into production.

The Creator Ci40 is a complete Internet of Things development kit and includes everything you need to get started including software, hardware and even a cloud infrastructure which is required to build wireless Internet of Things projects.

The developer of the kit from Imagination Technologies explain more :

Many of those looking to explore the IoT and embedded computing markets face a hard but honest question: where do I start? Making sense of the many boards and accessories, hardware and software interfaces, connectivity standards and APIs has been described as one of the biggest problems that the computing industry is facing today.

The Creator Ci40 IoT kit includes not only the hardware building blocks needed to quickly prototype a wireless IoT system from scratch but most importantly the open source software frameworks, the network stacks and the cloud connectivity capabilities required to securely connect and authenticate devices to the cloud.

The Creator Ci40 IoT kit offers you a complete yet flexible package that includes:

For more details on the MIPS Creator Ci40 Internet of Things development board kit jump over to the Kickstarter website where pledges are available to be made from £35.