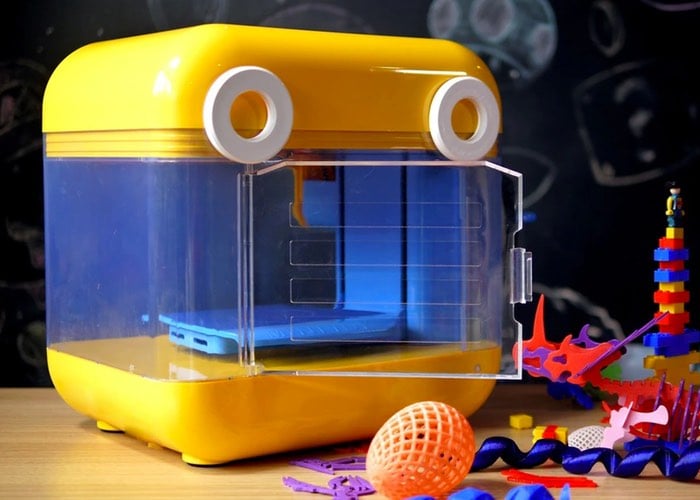 Anyone searching for a 3D printer for kids may be interested in a new system which has been unveiled by Weistek this week in the form of the MiniToy 3D Printer, which has been specifically designed to provide a children friendly 3D printing system.

The MiniToy 3D Printer offers a One-Touch-Print function that its developers say can “turn anyone into a maker!”, check out the video below to more about the features and the functionality of the 3D printer.

Priced at $299 the new MiniToy 3D Printer offers an affordable way for families and schools to introduce their children to the world of 3D printing. Weistek based in Orlando Florida within the US explains more about the inspiration behind their child friendly 3D printer, which has taken to Kickstarter this month to raise the required $50,000 to make the jump into production.

Kids can now bring their imagination into reality by printing their own toys, tools, and accessories. Our STEAM education integrated platform adds another dimension to the way your child learns. To introduce children and families to 3D printing, MiniToy was made to be super easy to use. In only three steps, your child will print whatever 3D model they like. You can connect it to your desktop computer, or go wireless and use it with the MiniToy app. No assembly. No hassle. No tears. Just sheer joy.

You will receive a fully assembled MiniToy 3D printer that only requires that you connect it to a computer or iPad or iPhone, and install a filament spool. Now you’re ready to go!

For more information on the new MiniToy 3D Printer jump over to the Kickstarter website for details and to make a pledge from just $199 for early bird backers, by following the link below.