Chris has created Wheatley, Adventure Sphere (Rick), Space Sphere, and “Fact” Sphere, watch the video after the jump to see how the replicas function and the detail that has gone into creating them. 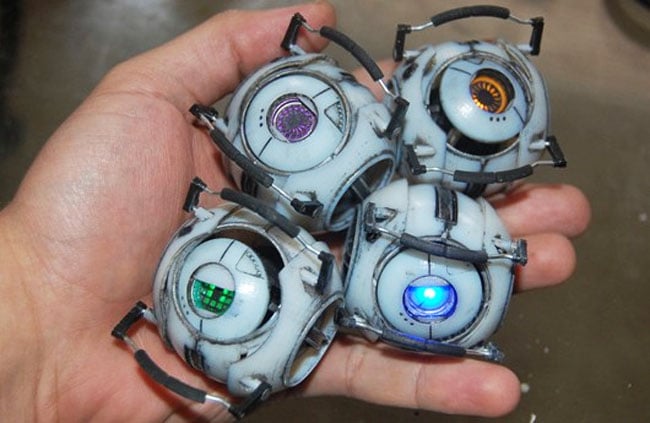 Unfortunately Chris is not selling or making any more of his mini replica Portal 2 personality cores.