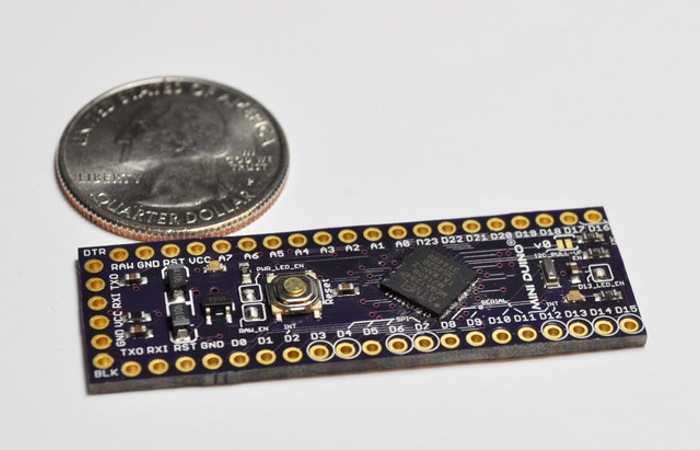 If building Arduino based projects is something you enjoy or would like to start building a new miniature Arduino board has been created by Kevin Houck called the Mini Duino+.

The Mini Duino+ is an Arduino development board based on the Atmega 1284p and is entirely open source and has been built to provide an Arduino board compatible using a midrange AVR. Watch the video after the jump to learn more about the Mini Duino+ project and see it in action. 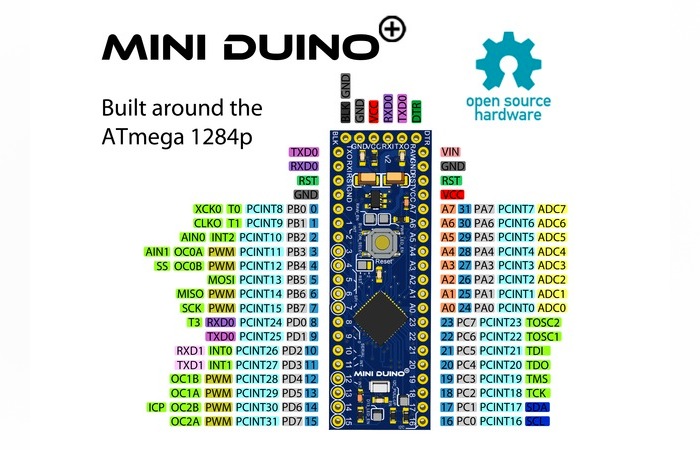 Kevin Houck the creator of the Mini Duino+ Arduino board explains a little more :

“I started this project to solve a few problems with current small Arduino compatible boards. I wanted to create something that had more features and ability, but yet kept the cost down. This way a full-featured platform could be developed that doesn’t break the bank. It could be small and affordable enough to leave in projects, and it needed to be completely open-source. The Mini Duino+ was born.

The new advancement in Arduino compatible hardware utilizes the ATmega 1284P AVR, in place of the common 328p that is used in current Arduino hardware. The 1284P is the perfect mix of features, program space, and cost. Cheap enough to be used in almost every project; capable enough to deliver. No matter what you’re trying to build, the Mini Duino+ packs the punch to do it and more.”

For more information on the new Mini Duino+ jump over to the Kickstarter website for details and to make a pledge to help the project raise the $10,000 required to take the project into production.