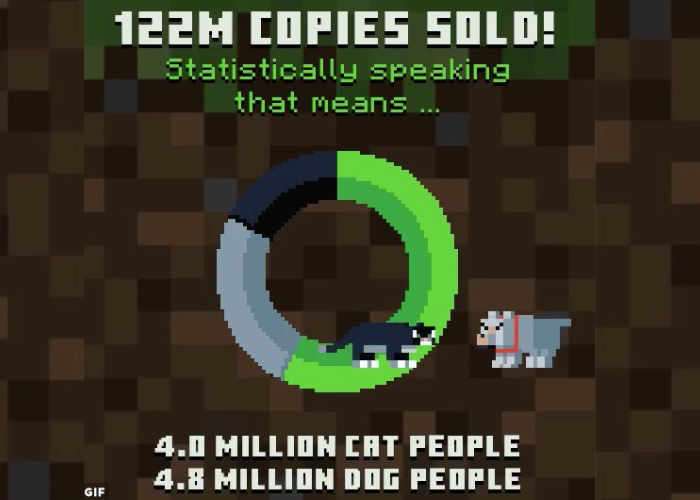 Microsoft has this week announced that the Minecraft phenomenon has now sold over 122 million copies and is still as popular as ever, selling over 25,400,000 copies on PC and Mac.

The news of the milestone was Tweeted by the Minecraft team and the sales figure covers all of the many platforms on which Minecraft is available and is a healthy increase from the 100 million copies sold as of June 2016.

If you are interested you can check out the ever-increasing sales on PC and Mac as both a growing grand total and sales within the last 24 hours by jumping over to the official Minecraft website via the link below.

Minecraft is a sandbox video game originally created by Swedish game designer Markus “Notch” Persson, and later fully developed and published by Mojang. The creative and building aspects of Minecraft enable players to build constructions out of textured cubes in a 3D procedurally generated world. Other activities in the game include exploration, resource gathering, crafting, and combat.