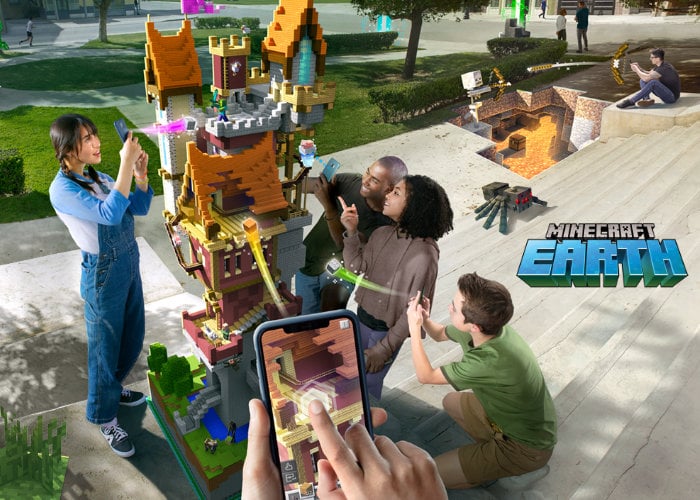 Next month during October 2019 Microsoft will start rolling out early access to its highly anticipated new Minecraft Earth augmented reality game. The new AR game will be available in ‘select countries’ from next month and moves forward from the games current beta testing development stage, allowing more Minecraft fans to enjoy the fun. Minecraft Earth uses the camera on your smartphone or tablet to bring the world of Minecraft to the real world using the power of augmented reality.

“The world of Minecraft enters our universe in a whole new way thanks to the power of augmented reality. Create, Explore, and Survive like never before! Sign up for a chance to be one of the first to play, receive updates about the game, and get your free Earth skin.”

If you are interested in taking part in the testing phases of Minecraft Earth jump over to the official website where you can register your details to be considered for participation. Minecraft Earth will be available on iOS 10+ and Android 7+ devices.

“Minecraft Earth is an all-new augmented reality game for your mobile device, that lets you bring Minecraft into the real world. Go on exciting adventures, build something incredible together with friends, and then step into your life-sized creations! Minecraft has always been a game about creativity, but Minecraft Earth gives you the chance to express yourself on a whole new scale. Share your masterpieces and delve into others’ creations!“

Time to get your phones charged and ready! Minecraft Earth is almost here, with early access rolling out to select countries all around the globe, starting this October! Visit https://t.co/rblTL72DVG to learn more! #MINECON pic.twitter.com/EyqitOqn73