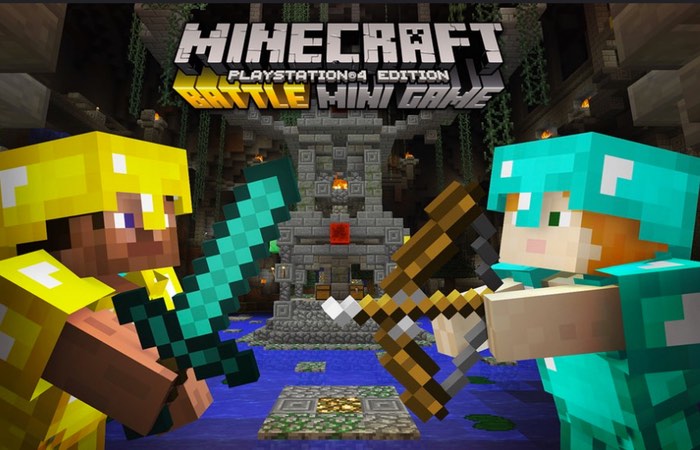 Minecraft Battle allows you to set up a competitive multiplayer fight for survival, during which speed, strategy and a little luck can help you gain a victory. Minecraft Battle Minigame is free for all owners of Minecraft on PS4, PS3 and PS Vita, Battle rolls out in June 2016 and will be available via a game update.

Team Minecraft at Mojang, 4J Studios and Microsoft have been working on some cool free content for Minecraft: Console Edition — and we’re really excited to introduce minigames to you today.

Players in Battle matches use randomly generated resources from chests located in specially-designed PVP maps to combat one another in a free-for-all deathmatch until the final victor is determined. But the fun doesn’t end after defeat; fallen players can spectate the combat among remaining players in the match by flying freely around each arena as a bat.

Of course, coming up with improvised rules and new ways to play with friends are already popular activities among Minecraft: Console Edition players (and long may it continue)! But our new minigames help you quickly and easily jump into competitions with tailor-made rulesets. You can have fun straightaway without having to fuss around with manual countdowns, laborious loot chest prep or keeping score.

Sound good? Great – you won’t have to wait very long for this to come out, so get your enchanted fishing poles ready. The first minigame, Battle, hits PlayStation Store next month.