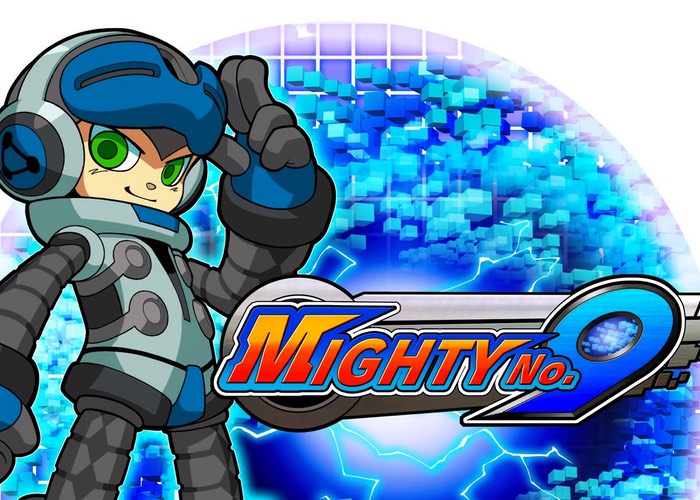 Those you that have been patiently waiting for the Mighty No. 9 game to be released will be pleased to know that its developers have today announced the game has now entered it’s Gold development stage and will soon be launching in a few months time on June 21st 2016.

It has been almost 3 years since the game finished its successful Kickstarter campaign and the development team is now excited to be able to finally release the game after a number of delays that have disappointed backers in the past. Check out the launched trailer below.

Portable versions of the game for PlayStation Vita and Nintendo 3DS will be launched at a later date. The Mighty No. 9 development team explains more over on the official Mighty No. 9 website, writing :

Firstly, I would like to say again how sincerely sorry we are for how long we have kept all of our fans waiting. We are finally able to deliver some long awaited news regarding Mighty No. 9. We have now confirmed the following release dates for Mighty No. 9: June 21st 2016 (North America & Asia) and June 24th 2016 (World Wide). We understand that as a result of the various delays we have disappointed and let down our fans, but we are happy to finally be able to deliver the game to everyone who brought us this far.

With the game having “gone gold” we are in the last final stages of being able to deliver it into your hands, be that via your favorite retail outlet, or via digital channels. Therefore the release date we are announcing is set in stone and there will be no further delays for the game.

t has been almost three years since the start of our Kickstarter campaign, which was only made possible through the support of our backers and fans around the world. This is a project where everyone’s passions were combined in order to create something very special, and we are looking forward to delivering the final product to everyone who was involved. There can be no stronger connection between game creators and game fans.

Now that the dust has settled, we will be delivering Mighty No. 9 to everyone next month. How long will it take you to clear the main story on NORMAL? How many people are going to be able to clear MANIAC mode? What is going to be the fastest record for the time attack mode? We are looking forward to seeing the community answer all of these questions for us! Make sure to let us know your feedback and thoughts on the game through our SNS channels as you play the game. Your voices are what made this game possible, and we want to continue hearing what you think so that it may influence our future endeavors. “