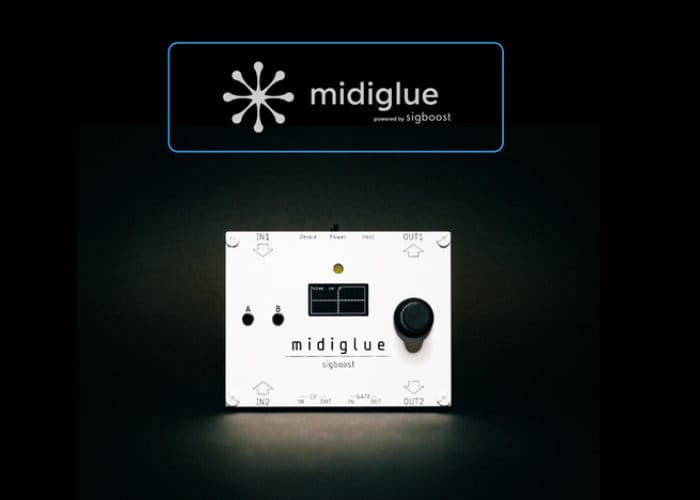 Musician and developer Kai Aoki has created a new programmable midi, CV controller and effects unit aptly named the Midiglue, which can be seen in action in the video embedded below. Those interested in owning a Midiglue MIDI controller will be pleased to know it is now available to back via its Kickstarter campaign with the development board available from just £74. Or if you would prefer as a full system for £113. If all goes well worldwide shipping is expected to take place during December 2018.

The Midiglue MIDI controller can interconvert between MIDI, USB-MIDI, CV/GATE. It also acts as a MIDI effects unit, a sequencer, and an instrumental performance supporter. Plus, it also comes with a preset editor which can extend the pre-existing presets into your own desired MIDI effects. Midiglue supports USB MIDI host device, legacy MIDI, CV/GATE/SYNC, Footswitch. In addition, you can also split, merge, route, and assign multiple parameter to a CC (Control Change).

“midiglue is not just a MIDI converter. This hardware itself is a MIDI effector. From delay to pitch shifting, to sequencer and code assigner, many rich presets has been pre-installed for you. You can create your own MIDI effects, or create some complicated routings. You can create these using a software editor that we have developed. The software editor is like a form of modular patching. midiglue will provide you with perfect functions, just for your live performances.” Explains its creator. For more details, full specifications and a full list of all available pledges jump over to the official Kickstarter campaign page by following the link below.