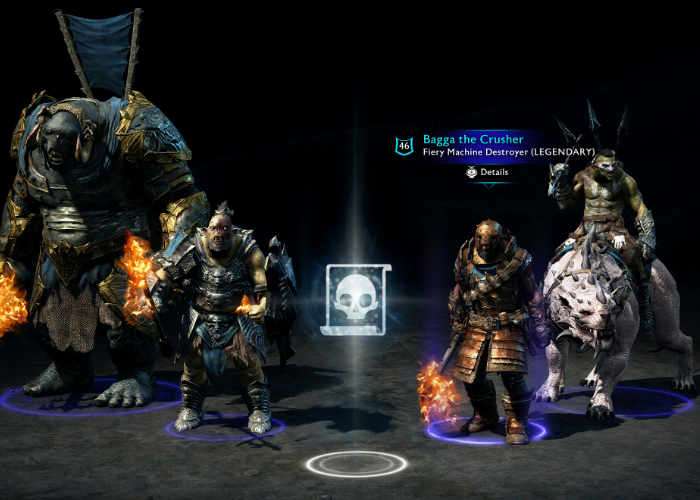 Warner Bros. games has this week announced that the new Middle-earth: Shadow of War game which is currently under development will include loot boxes.

The boxes will be available as in game purchases allowing players to buy loot chests, war chests, XP boosts and bundles. Loot boxes will include a wide variety of different gear including weapons and armour.

The innovative Nemesis System created unique personal stories through procedurally-generated enemies who remember every encounter and are differentiated by their personality, strengths and weaknesses. Middle-earth: Shadow of War expands this innovation with the introduction of followers who bring about entirely new stories of loyalty, betrayal and revenge. The Nemesis System is also expanded to create a unique personal world through Nemesis fortresses, which allows players to utilize different strategies to conquer dynamic strongholds and create personalized worlds with their unique Orc army.

An important aspect of the Nemesis System now comes in forging, customizing and leading your own army of unique Orc followers against the fortresses of Mordor. There are different ways to do this, including dominating Orcs by exploring the vast open-world and encountering them as part of Orc society, or players can acquire Orcs and other items through the Market (in-game store).

Through the Market, players can purchase Loot Chests, War Chests, XP Boosts and Bundles (accessed only with an internet connection).

To purchase these items, players can spend Mirian or Gold throughout the game as one progresses. Mirian is a type of in-game currency that can be acquired by:

Gold is another form of in-game currency that can be used to get higher level Loot Chests, War Chests, Boosts and Bundles of the aforementioned content. Gold can be acquired by:

• Purchasing through the PlayStation Store, Xbox Store or by adding to your Steam Wallet using real money.
• Awarded in small amounts at specific milestones.
• Awarded for participating in community challenges.

Please note: No content in the game is gated by Gold. All content can be acquired naturally through normal gameplay.

What is Mirian and how do I earn it?
• Mirian is a form of in-game currency that players earn by playing the game. Along with Gold, Mirian can be used to purchase Loot Chests and War Chests from the Market. Mirian can be acquired by:

What do you mean when you say Gold can save time?
• By simply engaging with the world and playing through Middle-earth: Shadow of War, you earn items like Gear for Talion and unique Orcs for your army. These are the same items that are found in the Market within Loot Chests and War Chests. Gold merely allows you to get your hands on them immediately, cutting down some of the additional time that would have been spent winning more battles, tracking nemeses, completing quests and assaulting fortresses.

Does Gold give me an advantage in the game?
• No, Gold does not give you any advantage over other players. A player who invests enough time can progress the same amount and have access to the same content as a player who purchases Gold. Gold is not required to progress or advance in the game at all.

Are there unique items in the market purchased using Gold that you can’t get through normal play?
• No, all of the aforementioned items can be earned playing through the game. Gold merely allows you to get your hands on them immediately.
How much does Gold cost?
• Prices for Gold will be communicated at a later date.