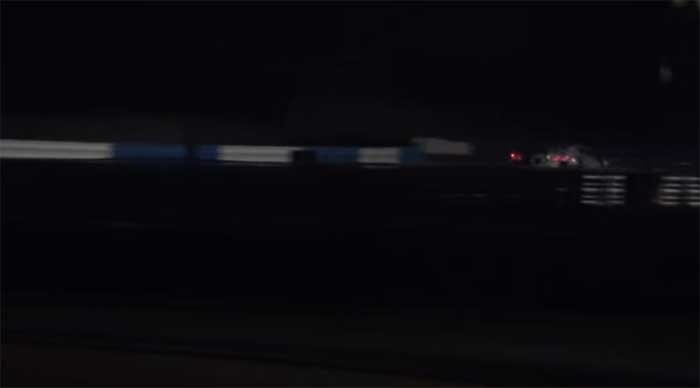 The Chevrolet Corvette is a car that has been around for decades and is mostly associated with the rumble of an American V8 engine. Chevy wants the C8 street car Corvette to run with the big dogs of America and Europe on the streets and the racing track. Someone caught the Corvette C8.R racing car doing some night testing at Sebring and got the car on video.

Not only does the C8.R look fantastic, but it also sounds awesome and belches flames. The sound of that V8 isn’t what we expected an American V8 to sound like. The car certainly has a more European sound than American V8 noise.

The thought is that the V8 in the racing car might be using a flat-plane crankshaft or perhaps double overhead cams to help it rev higher, giving it a very different exhaust sound. Watch the video and see the beast tearing up the race track.