Microsoft has released a new app for Google’s Android platform, the app is called Switch to Windows Phone, and according to the listing it is designed to help you switch your Android phone to Microsoft’s Windows Phone platform. 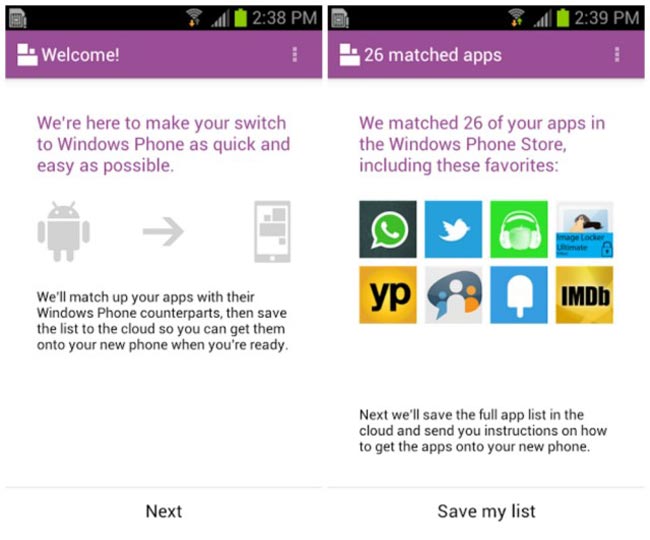 Are you thinking about switching to Windows Phone and want a convenient way to migrate your app experiences over? Look no further, Windows Phone has an app for that!

You can find out more details about the Switch to Windows Phone app over at the Google Play Store, I wonder if will Google will release a Switch to Android app on the Microsoft Windows Phone store.