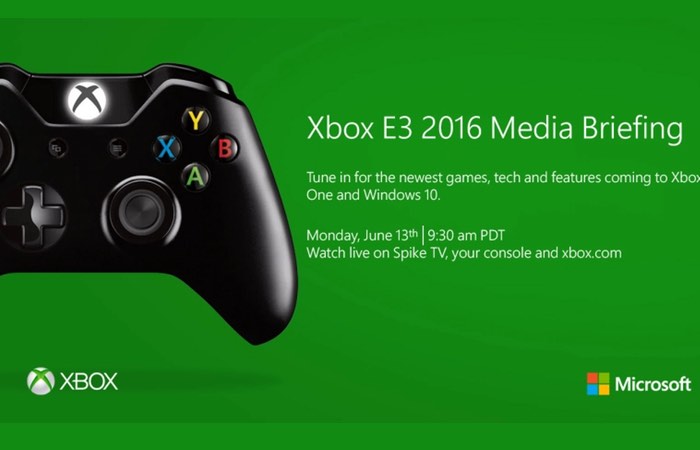 Those of you that are planning to visit the E3 2016 games conference, might be interested to know that Microsoft has today released more details about the planned Xbox at E3 2016 events and Media Briefing that will take place on June 13th at 9.30am PDT.

Microsoft has announced that this year they will be partnering with Twitch to provide gaming fans with wall-to-wall coverage of the entire week of E3 by the Amazon owned Twitch streaming service keep you up-to-date on all the new announcements and news from the event.

Microsoft explains more over on the official Xbox website.

For more Xbox news at E3, we’re also happy to share that we’ll be bringing back Xbox Daily: LIVE @ E3, our live news show that covers all things Xbox at E3 – from breaking news and exclusive announcements to trailer reveals and interviews with game creators.

I will be hosting the one-hour show with Graeme Boyd, Xbox Live’s Acey Bongos, and will include a variety of guest stars and prominent industry figures. Xbox Daily: LIVE @ E3 will air on Tuesday, June 14 and Wednesday, June 15 from 4:00-5:00 p.m. PDT, and can be streamed live on Xbox One, on Xbox.com (both on your desktop and on mobile), on Xbox 360, and on the Xbox Twitch Channel. Each show will also have interactive experiences created just for fans watching live on Xbox One.

– Entry into the Xbox E3 2016 Briefing on Monday, June 13th, 9:30 a.m. PDT at the Galen Center
– A custom-built backpack filled with gaming swag
– Play time with all-new exclusives and our biggest blockbuster games coming this holiday
– The chance to meet some of the industry’s top developers, leaders and influencers.
– Even more surprise events during the week.