Things are certainly hotting up on the Xbox 360, earlier today we found out that Microsoft [MSFT] would launch its Project Natal for the Xbox 360 in October 2010.

Now it seems Microsoft and LG have teamed up to bring us 3D gaming to the Xbox 360. LG and Microsoft will jointly market LG’s 3D televisions with 3D games for the Xbox 360 in South Korea, and then later expand the partnership into the rest of the Asia Pacific region. 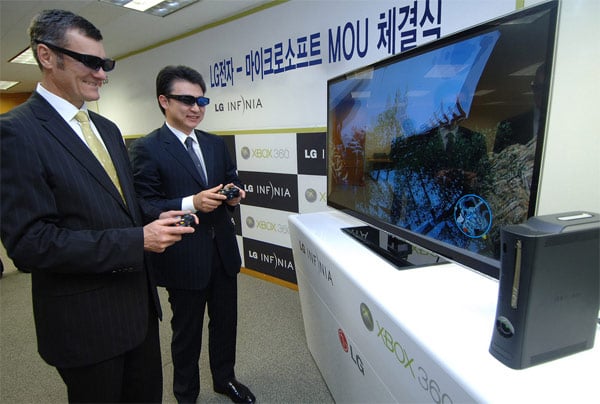 This means that the Xbox 360 will be able to play 3D games without any additional hardware, just like the PS3, so we can probably expect Microsoft to tie up with some other manufacturers as well.