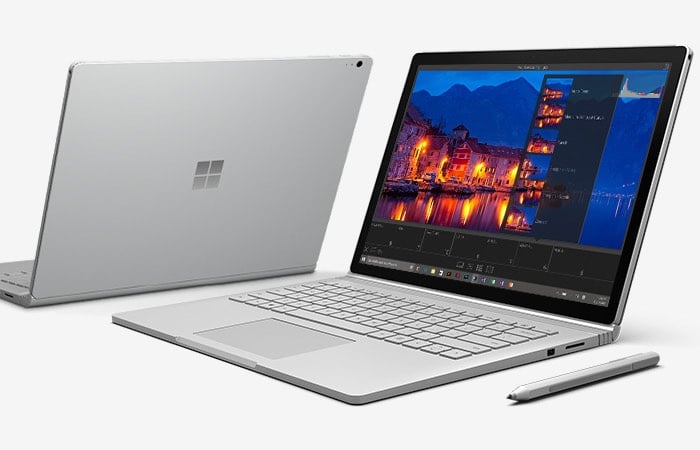 If you can’t afford flagship Surface Book that was unveiled by Microsoft earlier this month, that is being marketed as the “ultimate laptop”.

You might be pleased to note that Microsoft has today unveiled a cheaper Surface Book system that provides the option to either upgrade the system’s graphics instead of its hard drive.

So for the advertised $1,700 Microsoft is offering either a version with a Intel Core i5 CPU supported by 8GB of RAM with 256GB of solid state disk (SSD) storage and no NVIDIA discrete GPU, or the new version with a 128GB model with dGPU. Providing a saving of $200 if you budget is already stretched.

Surface Book combines the 6th Generation Intel Core i5 and i7 processors and up to 16GB of memory with optional discrete graphics for an unparalleled laptop experience. It’s built to handle all of the creative tasks you throw at it. Design, sketch, and build without limits. Shoot video and edit in Premiere Pro with amazing fluidity and smoothness. Surface Book handles the most demanding creative tasks without sacrificing battery life. With up to 12 hours of battery life1, it’s the ultimate laptop to power your ideas.

For more information on the new range of Surface Book systems jump over to the Microsoft Store website for details and the ability to purchase.