Microsoft recently launched their first tablet, the Microsoft surface, and now we have some details on how much it costs Microsoft to build each of of their Surface devices and also how much they make on each tablet.

According to a recent report by IHS Suppli, it costs Microsoft around $271 in parts to make one of their surface tablets, and then around $13 to manufacture it, giving the device a total of $284 to make. 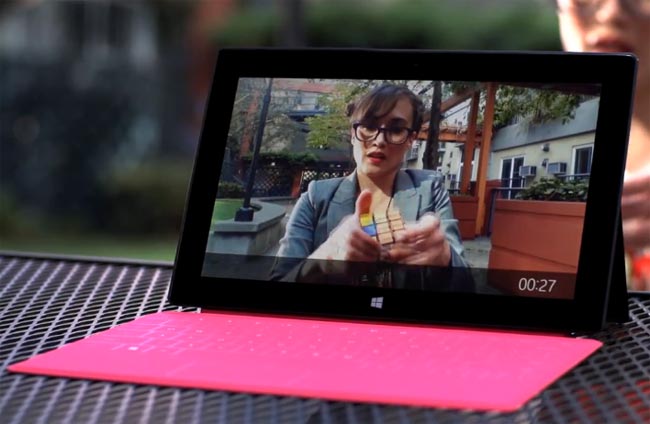 “The Surface represents a key element in Microsoft’s strategy to transform itself from a software maker into a devices and services provider,” said Andrew Rassweiler, senior principal analyst, teardown services, for IHS. “Key to this strategy is offering hardware products that generate high profits on their own, similar to what Apple has achieved with its iPad line. From a hardware perspective Microsoft has succeeded with the Surface, offering an impressive tablet that is more profitable, on a percentage basis, than even the lucrative iPad based on current retail pricing.”

At an estimated total BOM and manufacturing cost of $284 and a retail price of $599, the Surface RT generates hardware and manufacturing profits that are, in percentage terms, higher than the low-end iPad. Even at a price of $499 without the Touch Cover, Microsoft will generate a profit margin that is greater than the low-end iPad, in percentage terms and on a per-unit basis.

You can find out more details on the report into how much Microsoft makes from each device and see a full list of the costs of each part used in the manufacturing process over at IHS iSuppli.