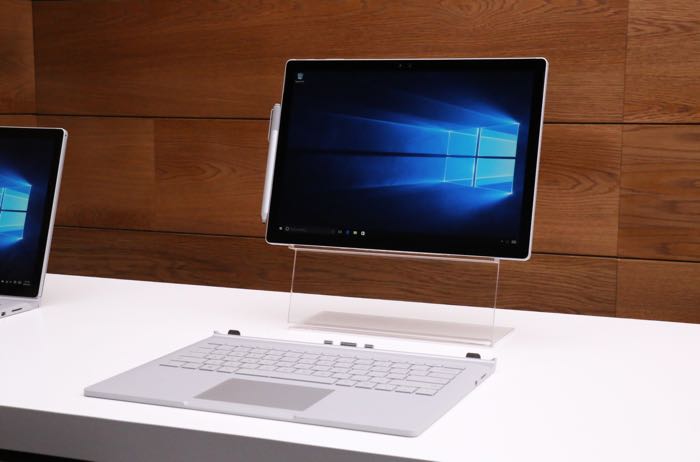 The Microsoft Surface Book recently launched in the US, Microsoft has yet to reveal when the device will launch in the UK.

Now it would appear that the new Surface Book will not be launching in the UK until 2016, the news comes from the #FutureDecoded event in London.

The devices features a 13.5 inch display with a resolution of 3000 x 2000 pixels and it comes with a choice of the latest Intel Core i5 and Core i7 processors. There is also a choice of 8GB or 16GB of RAM and storage options from 128GB to 1TB, plus a 5 megapixel front camera and an 8 megapixel rear camera.

As soon as we gets some details on exactly when the new Surface Book will be available in the UK, we will let you guys know.