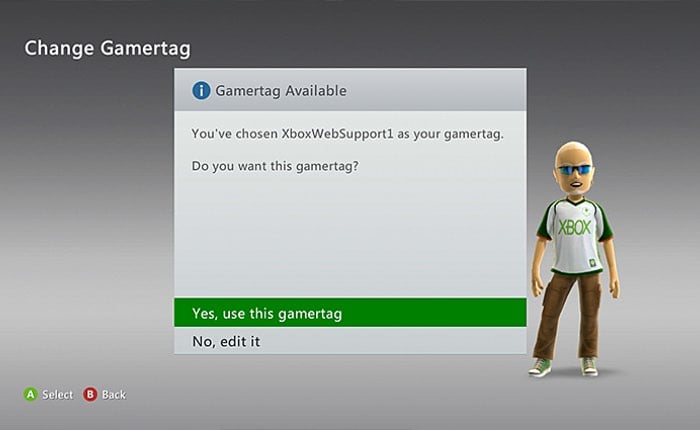 Tomorrow on May 18th Microsoft will be releasing nearly 1 million Xbox Gamertags that have been abandoned from the original Xbox era and make out the same source of Gamertags we used in our 2011 release.

The Xbox Gamertags accounts never migrated to Xbox 360 and as a result they have been inactive for quite some time, but unfortunately Microsoft has not released a list for you to peruse.

But does explain a little more about the process of releasing the abandoned Xbox Gamertags back into circulation. Good luck on obtaining your desired Xbox Gamertag. :

Starting on Wednesday, May 18th @2:00pm ET / 11:00AM PT, we will begin releasing nearly one million Gamertags to our valued Xbox Live Gold members with active subscriptions and at least 1 year of cumulative Xbox Live Gold tenure. These Gamertags will be released over a 24-hour period, to give our fans in various countries an equal chance to get one.

While it may be challenging to find the exact Gamertag you want, keep trying, as there are many great Gamertags that will be released. Although we can’t share the actual list, we can tell you that many of the available Gamertags are in the following categories:

– Proper Names
– Pop culture references (Entertainment, sports, gaming)
– Types of Food
– Geography and Travel
– Science and Technology
– Math and Numbers
– Animals
– Some of the greatest inventions of all time

Access to these newly-released Gamertags will be available on Xbox.com, which is the most convenient way to make a Gamertag change. Xbox Live Gold members can also access these Gamertags within the Xbox App on Windows 10 and on the Xbox One console. Xbox 360 owners will need to use Xbox.com, the Xbox App on Windows 10, or an Xbox One console to participate given that access to these newly-released Gamertags is not available from an Xbox 360 console. Click here to change your Gamertag on the web.

To determine the tenure of your Xbox Live Gold account, view your Profile on an Xbox One console or on the Xbox App on Windows 10. Changing your Gamertag won’t impact your Gamerscore, Achievements, or your Friends list.