Microsoft researchers have unveiled a new technology they have been developing that will allow you to control your smartphone whilst it’s still in your pocket using a new type of custom capacitive touch sensor that can track gestures through the fabric of your clothes.

As the properties of fabric can vary considerably from garment to garment the team of researchers consisting of Scott Saponas, Chris Harrison and Hrvoje Benko. Have needed to test the fabric in a number of different situations and now have it working with around 25 commonly used fabrics. Software running on your smartphone converts the gestures it feels through the fabric into commands. Watch a video demonstrating the new PocketTouch technology after the jump. 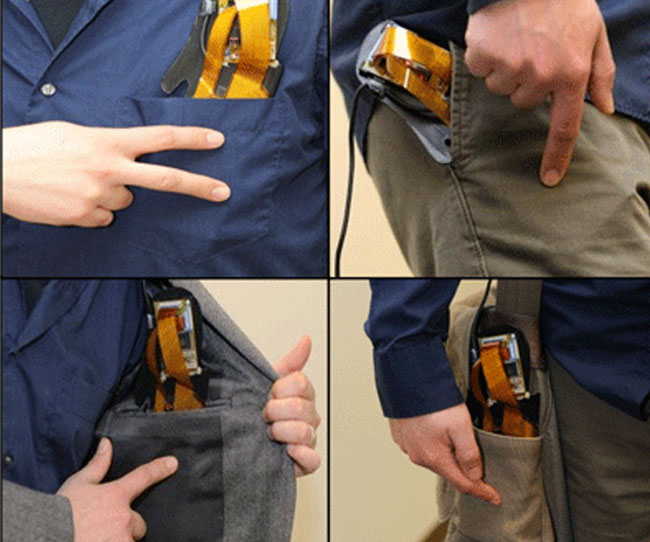 As with most research projects there is no word at the moment whether this will ever see the light of day and become a mainstream technology, that will be included within our smartphones. But if it does I am sure there will be a number of holes appearing in garments, once gesturing can be used to control your smartphone whilst its remains in your pocket.