Microsoft has rolled out a new update for its iOS OneNote App this week which has added iPad support. Taking advantage of the iPad’s larger screen real estate and resolution.

The new OneNote 1.3 iOS update, builds on the iOS app which was initially launched for the iPhone nearly 12 months ago. The new update also adds a number of new features including a new tabbed user interface. 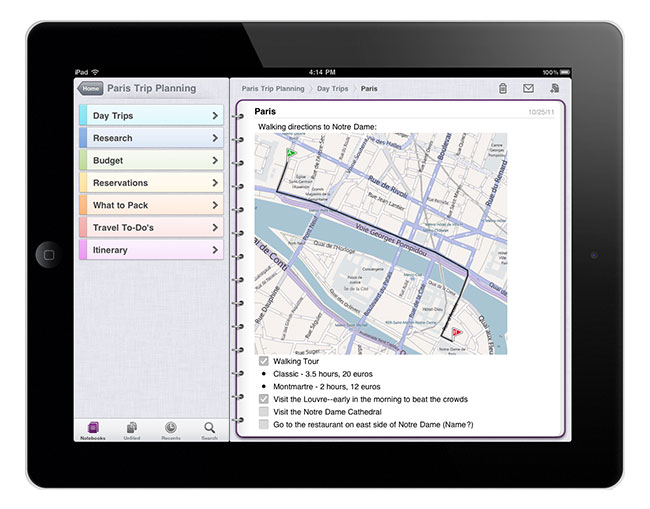 Together with improved Windows Live sign-in, the option to sync notebooks only over a Wi-Fi connection and a quick note creation feature, to name a few.

“For example, you can plan your meals on your laptop and then check your grocery lists on your iPhone when you’re in the store. You can go through your to-do lists while sitting on the couch with your iPad, and then plan the work day when you’re back at the computer on your desk. No matter where or when you use OneNote, it helps you keep your life together — all in one place.”