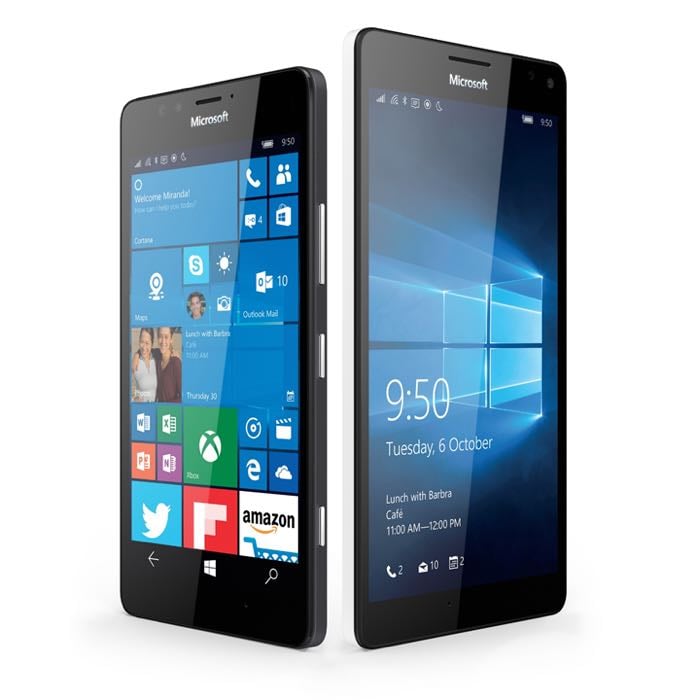 Microsoft has launched its latest smartphones, the Microsoft Lumia 950 and Lumia 950 XL in India and both handsets are available from today.

The new Microsoft Lumia 950 and 950 XL smartphone are available to pre- order from Amazon in India, Croma, Reliance and more.

Both of these new smartphones come with Windows 10 Phone and the Lumia 950 features a 5.2 inch display with a Quad HD resolution, a Snapdragon 808 processor and 3GB of RAM, there is also 32GB of storage.

The Lumia 950 XL comes with a 5.7 inch display with a Quad HD resolution of 2560 x 1440 pixels, the device is powered by and octa core Qualcomm Snapdragon 810 processor and it comes with 3GB of RAM.

Both handsets features 32GB of built in storage and a microSD card slot for expansion, they also have the same cameras with a 5 megapixel camera up front for Selfies and a 20 megapixel camera on the back for photos and videos.