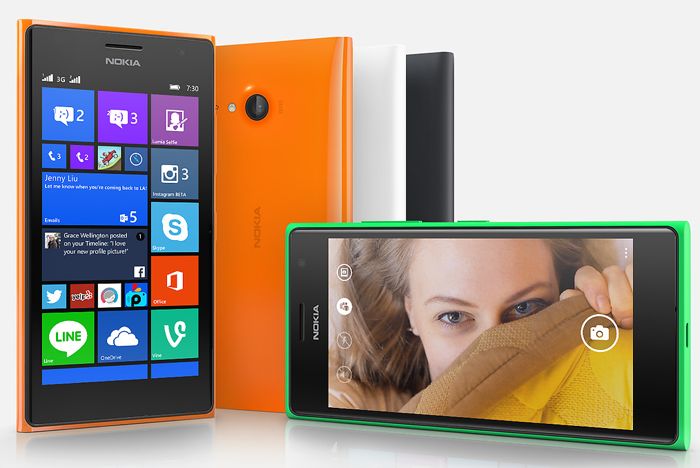 As well as the Lumia 830, Microsoft also announced two new Selfie Smartphone, the Microsoft Lumia 730 and Lumia 735, both devices come with Windows Phone 8.1.

The Lumia 730 and 735 are equipped with a 4.7 inch HD display that has a resolution of 1280 x 720 pixels, both devices are powered by a 1.2GHz quad core Qualcomm Snapdragon 400 processor, and come with 8GB of built in storage, plus a microSD card slot which can take up to 128GB cards.

The handsets are designed for taking selfies, and the front facing camera is a 5 megapixel wide angle full HD camera, the rear camera is a 6.7 megapixel camera with an LED flash, the handset also comes with a 2220 mAh battery.

Launched today, and proving that smartphone owners want to share themselves with the world, are the Skype-and-selfie-toting Lumia 730 Dual SIM and Lumia 735. And they provide uncompromised smartphone experience too with an affordable price tag.

The innovative and affordable Lumia 730 Dual SIM and Lumia 735 feature a powerful Full-HD 5MP wide-angle front-facing camera with a focal length of 24mm; perfect for impromptu group snaps with friends and Skype calls with the whole family.

You can find out more details about the new Microsoft Lumia 730 and Lumia 735 over at Microsoft at the link below, prices will be around 220 Euros when they launch.