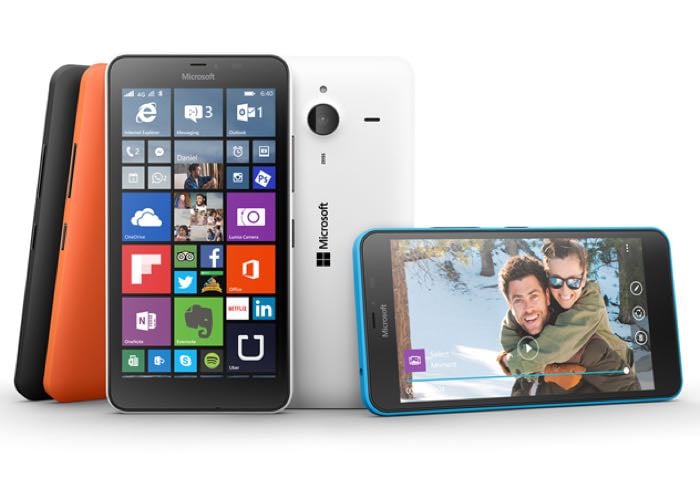 Microsoft put their new Lumia 640 XL smartphone up for pre-order a while back and now the handset is available in the UK from the Microsoft Store.

The Microsoft Lumia 640 XL is available SIM free from Microsoft for £219 and the handset comes in a range of colors including, blue, orange and black and white.

The Lumia 640 XL comes with a 5.7 inch HD display with a resolution of 1280 x 720 pixels and the device is powered by a quad core Qualcomm Snapdragon 400 processor.

Other specifications on the handset include 1GB of RAM and 8GB of included storage, this can be expanded by a further 128GB thanks to the microSD card slot.

The Lumia 640 XL comes with front and rear facing cameras, on the front of the device there is a 5 megapixel camera for video calls and on the back of the handset there is an 8 megapixel camera. The device also features WiFi, Bluetooth and 4G LTE.