S. Somasegar, Corporate Vice President of the Developer Division at Microsoft has this week announced and  introduced a new programming language called Typescript.

Which Microsoft has designed to take JavaScript development scale beyond the client, and make it even easier to create large-scale JavaScript applications. 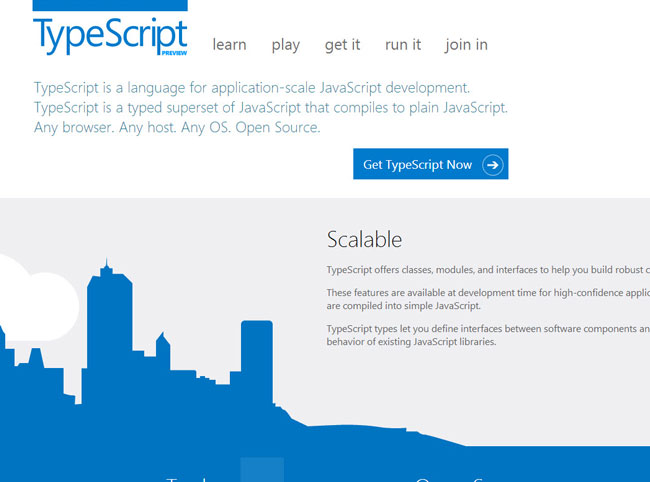 Watch the video below to learn more about the Microsoft Typescript project and see it in action, with Anders Hejlsberg introducing the new features of Typescript.

“TypeScript syntax includes several proposed features of Ecmascript 6 (ES6), including classes and modules. TypeScript also provides to JavaScript programmers a system of optional type annotations. These type annotations are like the JSDoc comments found in the Closure system, but in TypeScript they are integrated directly into the language syntax.”

Microsoft TypeScript is open source and its code source is licenced under Apache 2.0, which is available on Codeplex.