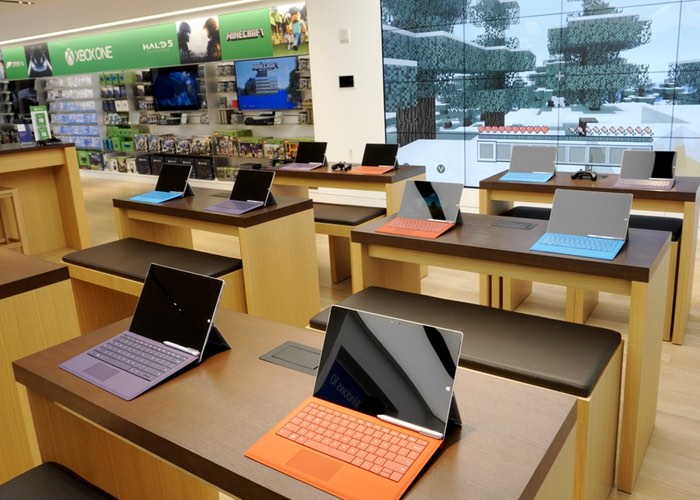 Microsoft has this week opened a new flagship store at 677 Fifth Ave. in Manhattan located between East 53rd and East 54th streets.

That takes the form of a five-story glass storefront retail locations which is being created to showcase the company’s software and hardware products.

Microsoft has been considering the location for a US flagship location since it started opening Microsoft stores back into 2009, and according to company executives has been waiting for the right time and opportunity, which now seems to arrived. The WSJ reports :

One signature feature will be the store’s culture wall, an exterior display of noncommercial digital imagery that will change and complement the architecture and facade of the building. The wall is 40 feet wide and 20 feet high.

In the early years of establishing stores, the company encountered some customers who didn’t realize the Xbox game system was a Microsoft product, said David Porter, corporate vice president of world-wide retail and online stores. The stores are designed to bridge those gaps and provide a connection between the company and its consumer.

Asking rents for the stretch of Fifth Avenue between 49th and 60th streets were $3,350 a square foot during the third quarter, according to real estate services firm Cushman & Wakefield.