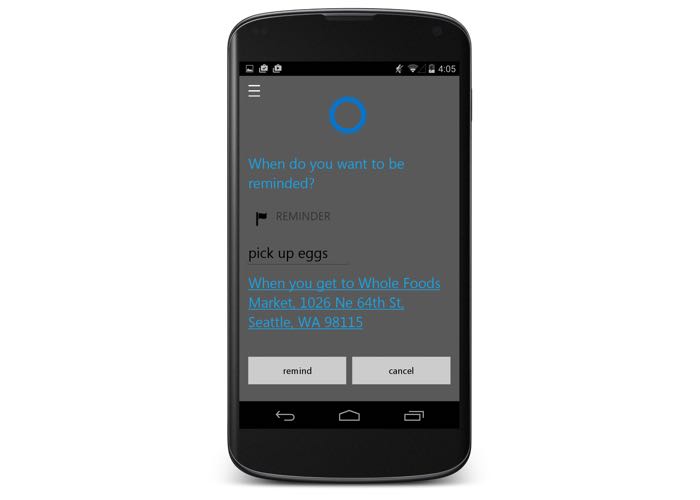 Microsoft has announced that it is bringing it voice activated virtual assistant, Microsoft Cortana to other mobile platforms outside of Windows Phone.

The company announced on their blog that Microsoft Cortana is headed to Apple’s iPhone and Google’s Android smartphones via a companion app that works with a Windows 10 PC.

The Cortana app can do most of the things Cortana does on your PC or on a Windows phone. You can have Cortana remind you to pick up milk the next time you’re at the grocery store, and then your phone will wake up and buzz with the reminder. You’ll be able to track a flight using Cortana on both your phone and your PC, and get the updates on the device that you’re on so you don’t miss anything.  Everything in Cortana’s Notebook will show up across all your devices and any changes you make on one device will be reflected when you use Cortana on any of your other devices. The Cortana companion app will help you complete tasks you begin on your PC wherever you are, on your phone.

You can find out more details about the new companion app for Windows 10 that will bring Microsoft Cortana to your iPhone or Android device at the link below.