Microsoft has announced this week that it has started phasing out its Office Starter Edition, which provides users with a stripped-down, ad-laced version of Word and Excel. Which was previously made available to OEM PC Partners and system builds as part of an OEM Preinstallation Kit (OPK). 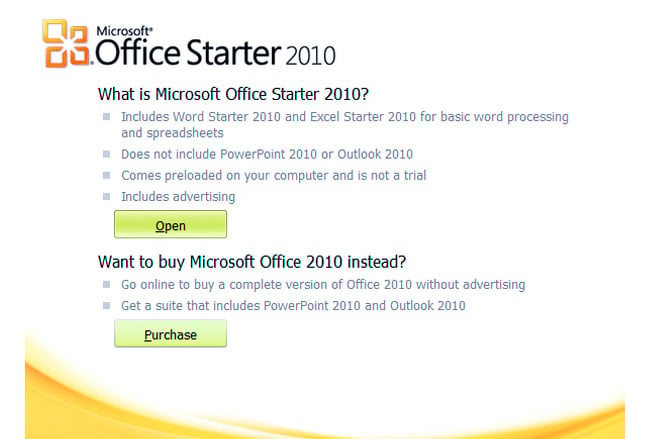 Microsoft explained that effective immediately, the Office 2010 Transition OPK will replaces prior versions of the Office 2010 OPK, which comes without the Office Starter Edition included. Microsoft made the announcement to its OEM PC Partners saying:

The move by Microsoft is to offer a replacement via its Office Web Apps going forward, together with the release of Office 2013 which is still currently under development.