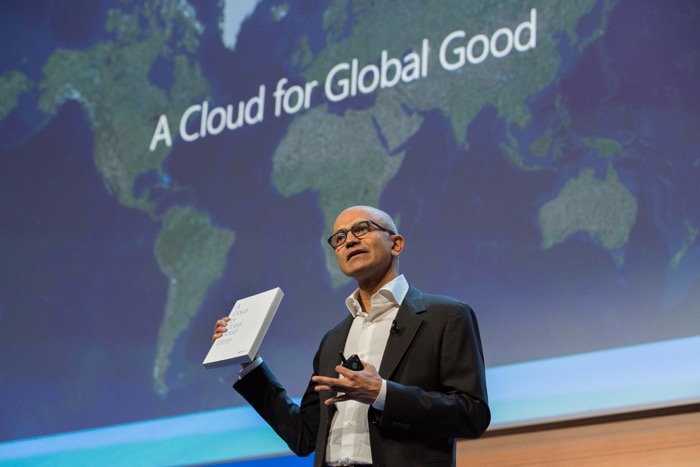 Microsoft has announced that it is building a new data center in France, the company announced the plan as part of its $3 billion investment in its cloud services in Europe.

Microsoft will deliver the Microsoft Cloud from its new data center in France in 2017, the company has doubled its capacity in Europe over the last twelve months.

Reflecting the significant investment Microsoft Corp. is making in cloud computing in Europe, Microsoft CEO Satya Nadella and president Brad Smith on Monday shared new details about how this momentum is taking shape. Nadella stated that Microsoft has more than doubled its cloud capacity in Europe in the past year, noted that the company has invested over $3 billion (USD) across Europe to date, and shared that Microsoft intends to deliver the Microsoft Cloud from datacenters in France, starting in 2017. These new investments in cloud are helping customers — including the UK Ministry of Defence, the Renault-Nissan Alliance, Ireland’s Health Service Executive and ZF from Germany — to innovate in their industries and move their businesses to the cloud while meeting European data sovereignty, security and compliance needs. Furthering its commitment to make the cloud more trusted, responsible and inclusive, Microsoft also released a new book titled “A Cloud for Global Good.” The announcements were made in Dublin this morning as the two leaders began a four-day visit to Europe to meet with business and government leaders.

“We continue to invest heavily in cloud infrastructure to meet the growing demand from European customers and partners,” said Satya Nadella, CEO, Microsoft. “Building a global, trusted, intelligent cloud platform is core to our mission to empower every person and organization on the planet to achieve more. There’s never been a better time for organizations across Europe to seize new growth and opportunity with the Microsoft Cloud.”

You can find out more details about the new Microsoft data center for France and the company’s plans for Europe at the link below.