Micro Python has been developed by Damien George over the last 6 months and might be worth more investigation if you enjoy programming in Python or would like to learn a new programming language.

George has rewritten the Python programming language to provide users with a language made lean and fast to run on micro controllers, that is accessible by both beginners and experts, to control your electronic project with ease as well as a new programmable board. Watch the video after the jump to learn more about the Micro Python project and see it in action. 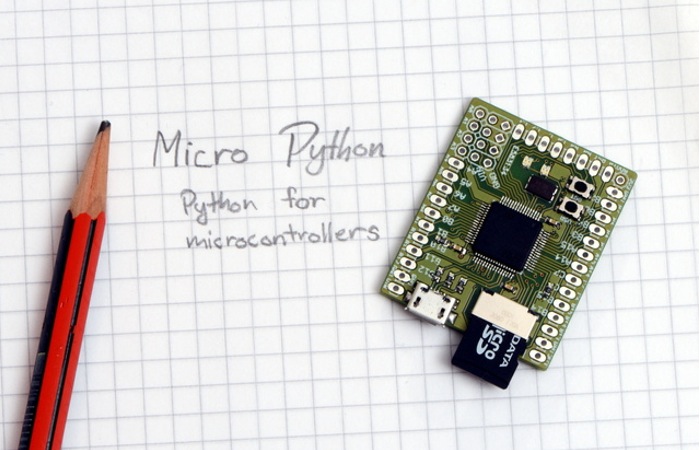 “Micro Python is a lean and fast implementation of the Python programming language (python.org) that is optimised to run on a microcontroller. The Micro Python board is a small electronic circuit board that runs the Micro Python language. The aim of this Kickstarter campaign is to make Micro Python open source software so you can use it in your own projects, and also to fund a small manufacturing run of Micro Python boards so that you can own one for yourself!

The Micro Python board comes preinstalled with Micro Python and is suitable for everyone, whether a beginner or an expert robot builder. It requires no set-up, no compiling and no soldering, and if you don’t know Python it is very easy to learn the language.”