I have been using an iPhone since the first generation device came out and I have an iPad I spend lots of time on now as well. On the iPad, I can hit buttons and keys without any issue sand type blazingly fast to boot.

On my iPhone I often hit the wrong keys and links on websites are difficult to hit often as well because they are simply so small. A stylus would help hit the small links, but the iPhone and iPad won’t work with your average stylus. 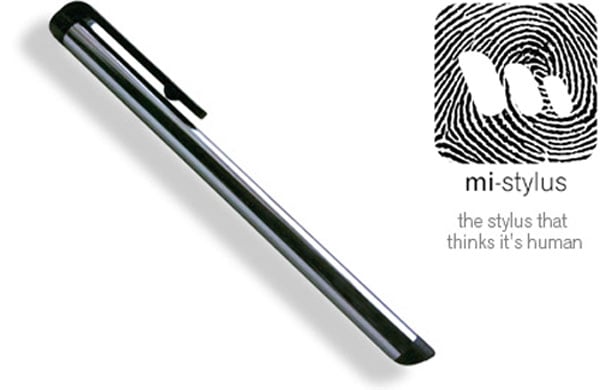 A new stylus called the Mi-Stylus has debuted. The Mi-Stylus has a composite tip that works with the capacitive touch screen on the Apple devices. The flat portion of the stylus works for large icons and buttons. The angled edge of the tip works for hitting small icons and buttons. The device is available for GBP4.99, which makes it cheap. There is no word on pricing or availability for the US.