Mobile messaging apps are becoming more and more popular, the latest one MessageMe which is available on Google’s Android platform and Apple’s iOS platform has gained 5 million new users since it launched.

MessageMe originally managed to add 1 million new users in the first ten days, and it took the app 75 days to reach a total of 5 million users,the app is now sending out around 1,500 messages per second. 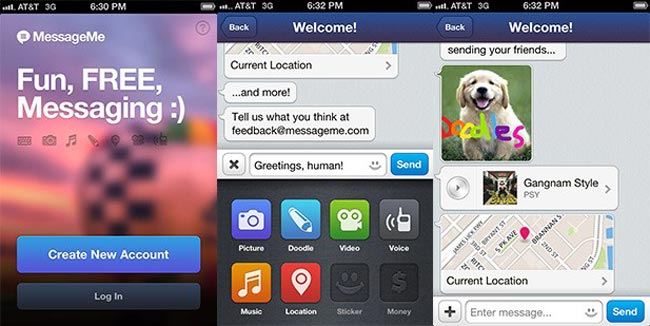 MessageMe comes with a range of features which include the ability to send photos, videos and even doodles to your friends from within the app, you can also send music and location information as well.