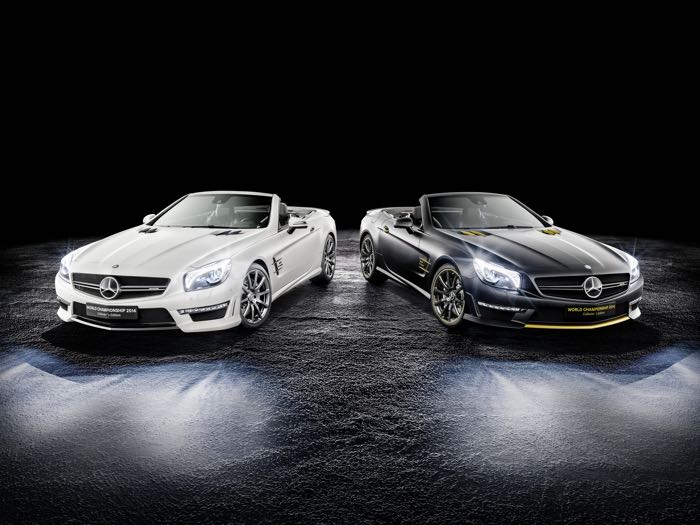 To celebrate winning this years Formula 1 world championship, Mercedes are launching to collector editions of their Mercedes SL63 AMG.

The two limited edition World Championship 2014 editions of the Mercedes SL63 have been created with Lewis Hamilton and Nico Rosberg. 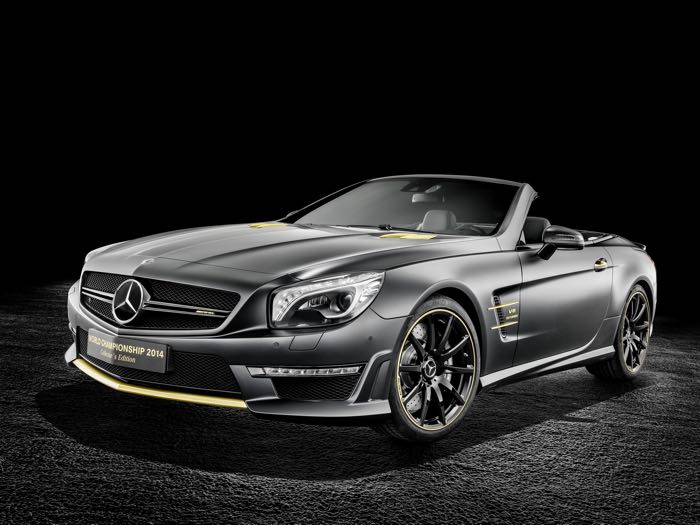 World champion and serial winner: the two Mercedes Formula 1 drivers Lewis Hamilton and Nico Rosberg were first through the chequered flag in 16 out of the 19 Formula 1 races this year, delivering up some thrilling duels in motorsport’s elite discipline at the same time, sometimes literally wheel-to-wheel. The prize for this outstanding performance: first and second place in the drivers’ championship and undisputed champion of the constructors’ championship. To mark these achievements, Mercedes-Benz has dedicated a unique Collector’s Edition to each of its two world-beating drivers. The sporting competitiveness on the tarmac which propelled them both to their superlative performances can also be seen in the two very different designs. 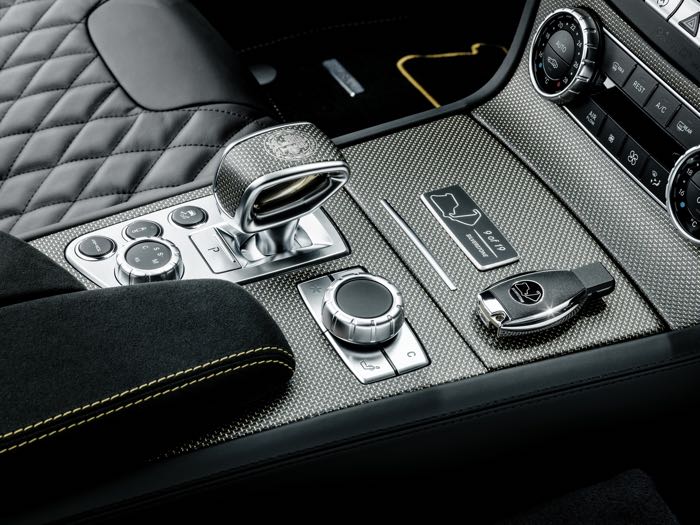 There will be just 19 of each of these limited editions of the Mercedes SL63 produced, and each one comes with a 5.5 litre AMG V8 bi-turbo engine and they come with 585HP and 900 Nm of torque. Both cars come with a limited top speed of 300 km/h. 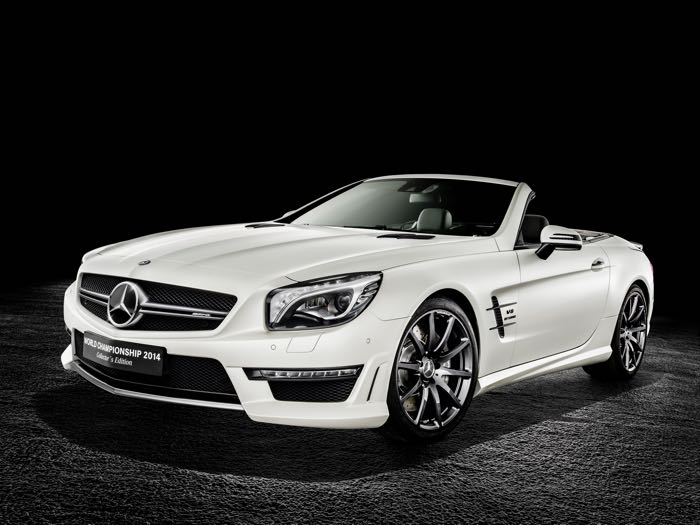 Mercedes are offering the two cars as a package which will set you back €629,510, although you can choose just one of the models, which will retail for €320,110. 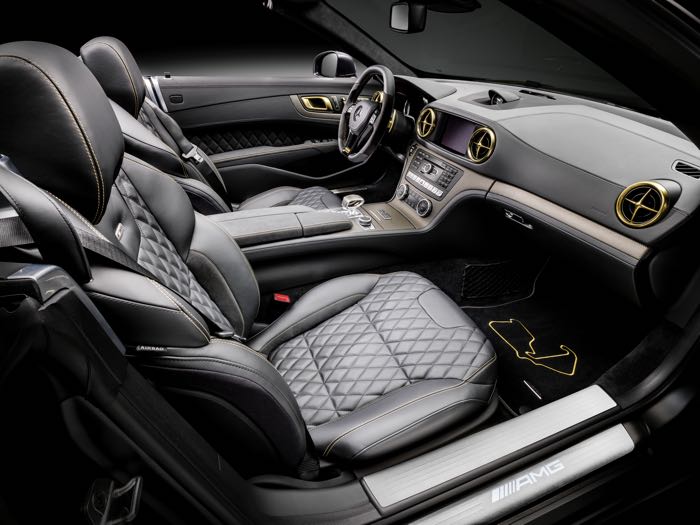 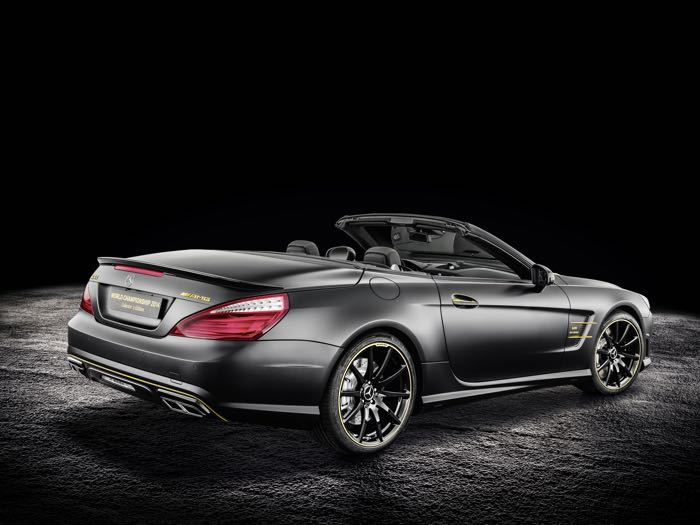 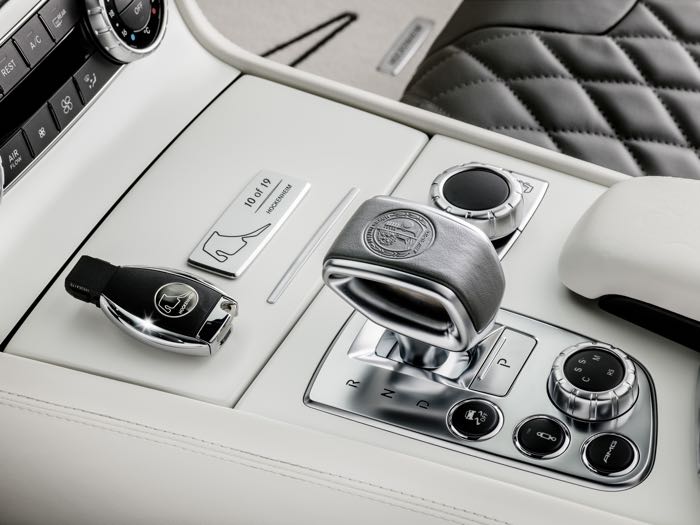 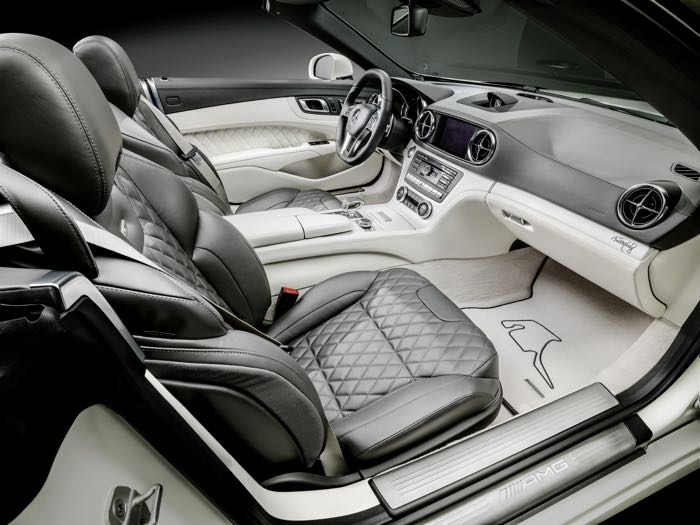