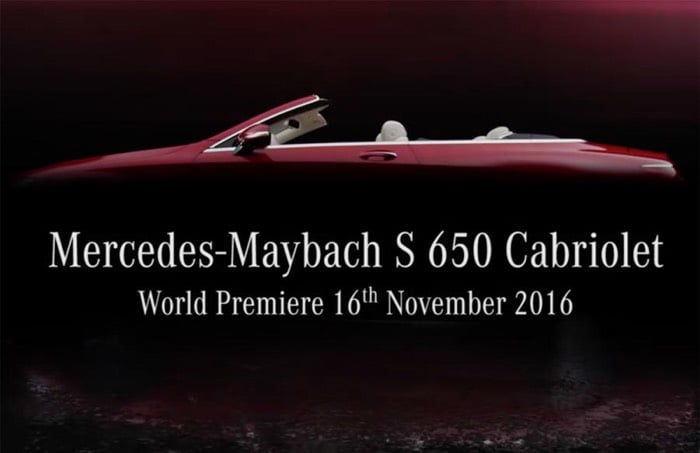 The new Mercedes Maybach S 650 Cabriolet will be made official at the 2016 LA Auto Show which takes place later this month.

Mercedes has released a teaser video for their new Mercedes Maybach S 650 Cabriolet which you can see below.