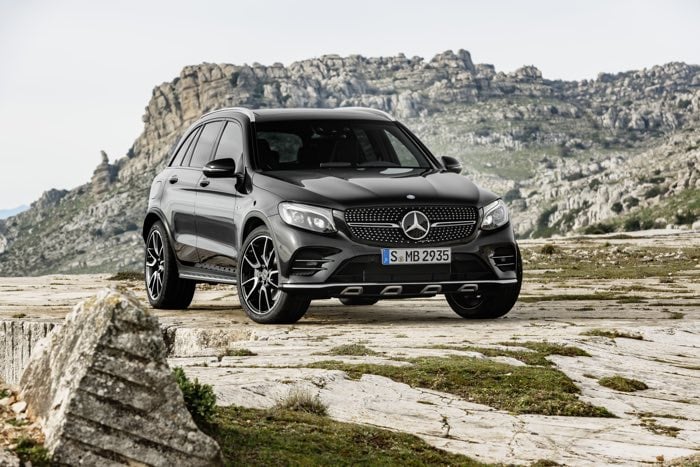 Mercedes will be launching a fuel cell version of their Mercedes GLC  in 2017 and it will come with a combined range of around 500km.

Fuel-cell technology is an integral part of Daimler’s drive system strategy. Because the advantages are clear: a long operating range and short refuelling stops as well as a broad spectrum of possible uses ranging from passenger cars to urban buses. A new vehicle generation based on the Mercedes-Benz GLC is being launched in 2017. The Mercedes-Benz engineers joined forces with partners in the Daimler competence network to develop a new, compact fuel-cell system which for the first time fits into conventional engine compartments. The GLC F-CELL features a large lithium-ion battery as a further innovation of the next-generation fuel-cell vehicles. Rated at around 9 kWh, the battery serves as an additional energy source for the electric motor and can be charged externally by means of plug-in technology for the first time. Together with the further developed intelligent operating strategy, the combination of fuel cell and battery system offers maximum efficiency and comfort. With this set-up, the GLC F-CELL achieves a combined range of around 500 km in the NEDC.

You can find out more details about the new Mercedes GLC F-Cell over at Daimler at the link below, as yet there are no details on pricing.