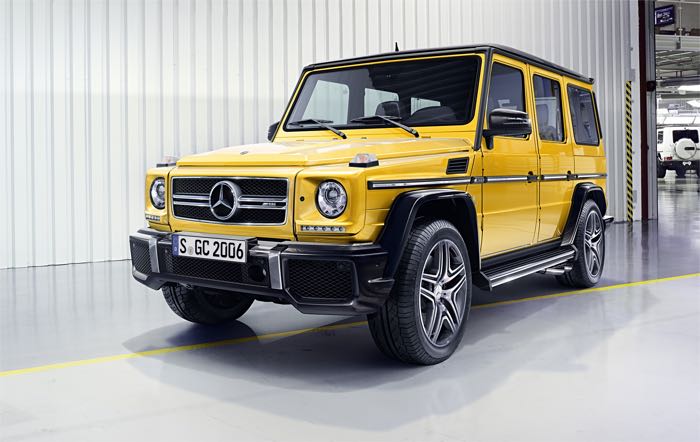 Back in May, we caught our first glimpse at the redesigned Mercedes G series SUV. At the time, we were unclear if that new version of the G series would make it to the US. Mercedes has now confirmed the 2016 G series will be coming to the US and the entry version is the G550. That boxy vehicle will carry a starting price of $120,825 including a $925 destination charge.

Power for the base model will come from a new twin-turbo 4.0L V8 engine producing 416hp and 450 lb-ft of torque. That means the smaller mill has more power than the old 5.5L V8 in the outgoing model. The G series will have body and ladder frame construction, permanent AWD, differential locks, and new suspension. That suspension will have driver selectable comfort and sport modes.