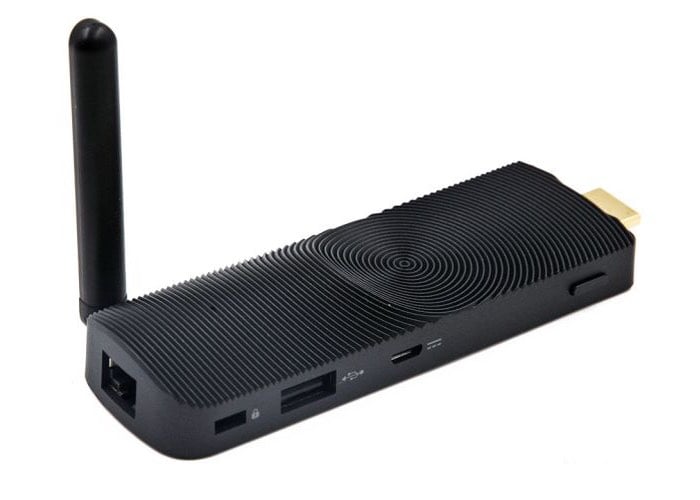 Following on from the launch earlier this year of the Mele PCG01 pocket sized PC stick computer that’s powered by an Intel Atom processor and equipped with an external wireless antenna.

Mele have this week unveiled a new creation in the form of the Windows 10 Mele PCG02 which is equipped with all the features of the original together with a few upgrades including a handy Ethernet port.

The processor within the Mele PCG02 Windows 10 PC stick is Intel Atom Z3735F Bay Trail processor, although Mele is planning to roll out a version with a faster Cherry Trail processor before the end of the year.

Other features include 2GB of RAM and 32GB of eMMC storage, together with a microSD card slot that is capable of adding an additional 128GB of removable storage. Connections on the pocket PC stick include USB and micro USB ports, HDMI 1.4 connector and support for both 802.11n WiFi and Bluetooth 4.0 connectivity.

For more details and full specifications on the new Mele PCG02 jump over to the official Mele website via the link below.