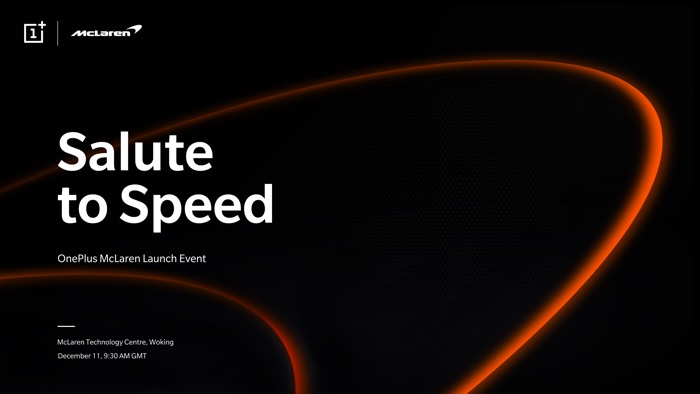 OnePlus has announced that it has teamed up with supercar manufacturer McLaren and they will be announcing a new product on the 11th of December, we suspect it will be a McLaren OnePlus 6T smartphone.

It will be interesting to see what this new McLaren themed OnePlus 6T smartphone is like, we suspect it may cost a little more than the standard device.

Joining forces will enable OnePlus and McLaren to unlock a new long-term technology partnership as they bring together the celebrated values which define the legacy of both brands – speed, craftsmanship, and an uncompromising dedication to continuous useful innovation.

OnePlus CEO Pete Lau said, “McLaren and OnePlus were born in a similar way – with a big dream to create something special. Starting from nothing, we challenged ourselves to never settle. Today we unveil a true testament to innovation, a salute to speed.”

We will have more information about this new device at the OnePlus and McLaren ‘Salute to Speed’ event on the 11th of December.