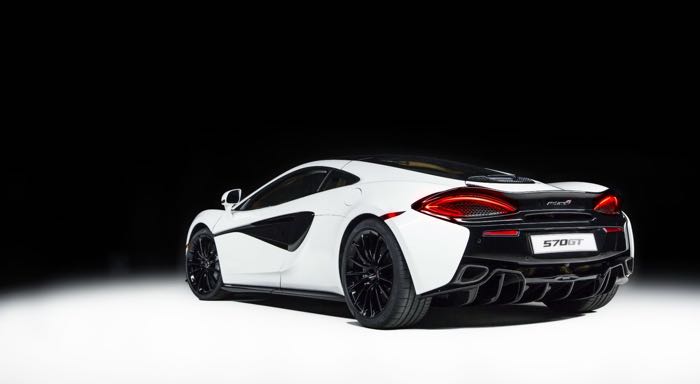 McLaren has announced that it will debut a new version of their 570GT at Pebble Beach, the McLaren MSO 570GT which has been created by McLaren Special Operations.

‘This is the second consecutive year that McLaren Special Operations has used the Pebble Beach Concours d’Elegance to demonstrate our capabilities on Sports Series cars.

Last year, soon after the launch of the 570S, we showed the 570S ‘by MSO’ which featured the uniquely formulated Mauvine Blue paint finish coupled with a bespoke interior finished in Carbon Black leather with coordinating detailing, carried through from the exterior colour.

This year, closely following the reveal of the GT addition to the Sports Series family, we showcase the breadth of McLaren Special Operations personalisation work, this time focusing on bespoke engineering design and components. With its Electro Chromic Roof especially, the McLaren 570GT by MSO Concept would be well suited to the needs and demands of customers in sunnier and warmer climates.’

You can find out more details about the new McLaren MSO 570GT over at McLaren at the link below.