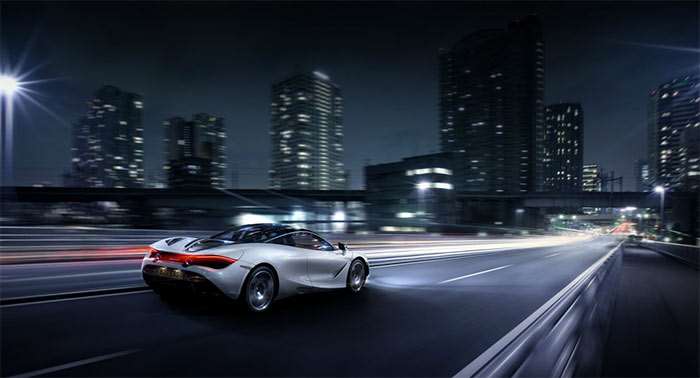 McLaren has officially unveiled the new 720S super series car in Geneva. The car is very swoopy with lots of curves reminding of the P1. McLaren builds the car on the Carbon Fiber Monocage II platform. This is a one piece carbon fiber tub that now includes the roof. The cage is designed for strength, low weight, and rigidity.

The car gets the iconic up and out opening doors that McLaren has used before. Power comes from a new M840t engine making 720PS. That engine is a twin turbo V8 displacing 4.0L. The engine compartment is bathed in red light. McLaren says the engine is fuel efficient in addition to making lots of power.

Handling is a big focus for McLaren and the car uses Proactive Chassis Control II. This gives the car agility on all road types and on the track with lots of sensors to adjust the ride for optimum performance. Pricing and exact availability are unknown.