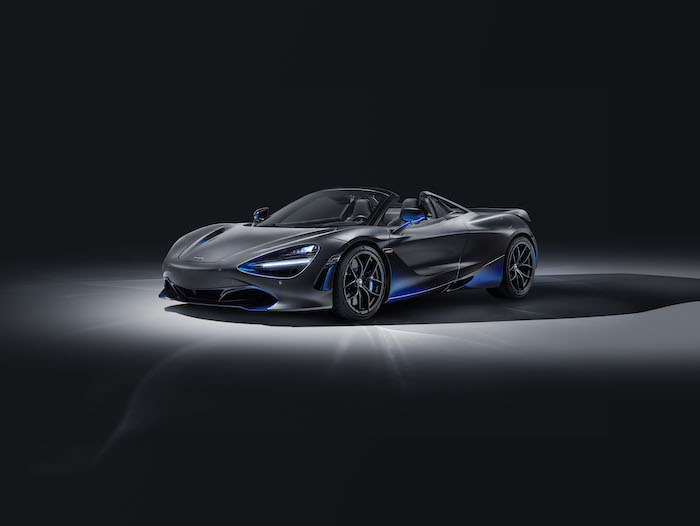 McLaren has show off another car by their Special Operations division at the Geneva Motor Show the McLaren 720S Spider by MSO.

The McLaren 720S Spider by MSO comes with a number of upgrades over the standard car including a unique paint job. 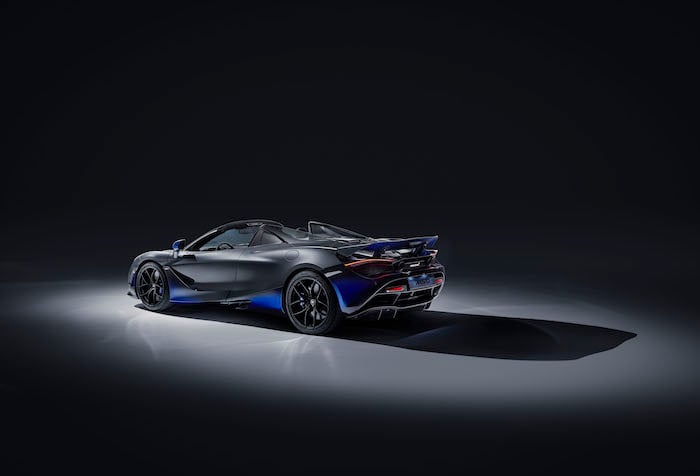 The McLaren 720S Spider by MSO highlights the advanced aerodynamics of the new Super Series convertible by accentuating elements of the car’s aero design, in a spectacular fusion of colours. Each aero accent features a harmonious blend of three MSO metallic paints: Cerulean Blue, Burton Blue – as used on the McLaren 720S GT3 – and Abyss Black. The innovative tri-tone paint finish, named Coriolis, advances technologies demonstrated by the McLaren 720S Velocity by MSO first shown at Geneva two years ago; that car’s two hues of red epitomised the sporting aggression of the Coupé, while this new approach for the Spider places a more subtle emphasis on the Super Series convertible.

“Aerodynamic innovation is such an integral part of the 720S Spider that using this new paint design to highlight areas that work hard to manage how air flows over the car – literally how the car ‘breathes’ – was the natural approach to take. This is a car that truly merges artistry with the science of aerodynamics.”

You can find out more information about the new McLaren 720S Spider by MSO over at McLaren at the link below.