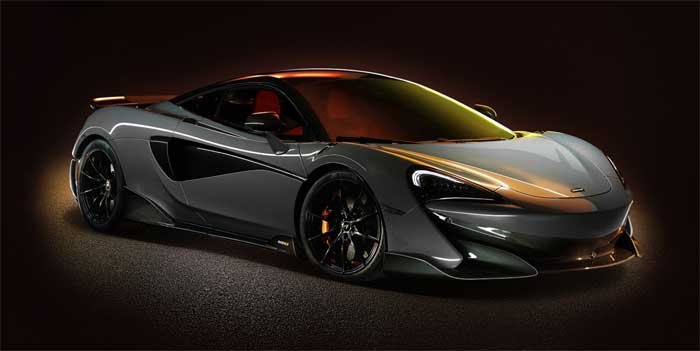 McLaren has offered up all the details on the 600LT car and the fact that its public debut will be at the Goodwood Festival of Speed starting today. The 600LT gets a bump in power to a total of 600PS and 457 lb-ft of torque, that is 30PS more than the 570S Coupe that shares the same 3.8L V8 engine. All that power and torque means the car can hit 62mph in 2.9 seconds and 100mph in 8.2 seconds.

Top speed is promised to be 204mph. McLaren uses forged double-wishbone suspension on the car along with carbon fiber bodywork that is 74mm longer than the 570S. The new front splitter and side sills, extended diffuser, and fixed rear wing combine for 100kg of downforce at 155mph.

The car has top exit rear exhaust and the standard carbon fiber seats are out of the P1 with optional lightweight carbon fiber seats from the Senna available. McLaren will build the 600LT for 12 months with pricing starting at £185,500 or about $245,000.